The nobility in the diplomacy
Klára Kvízová
Works
Flow
CZ 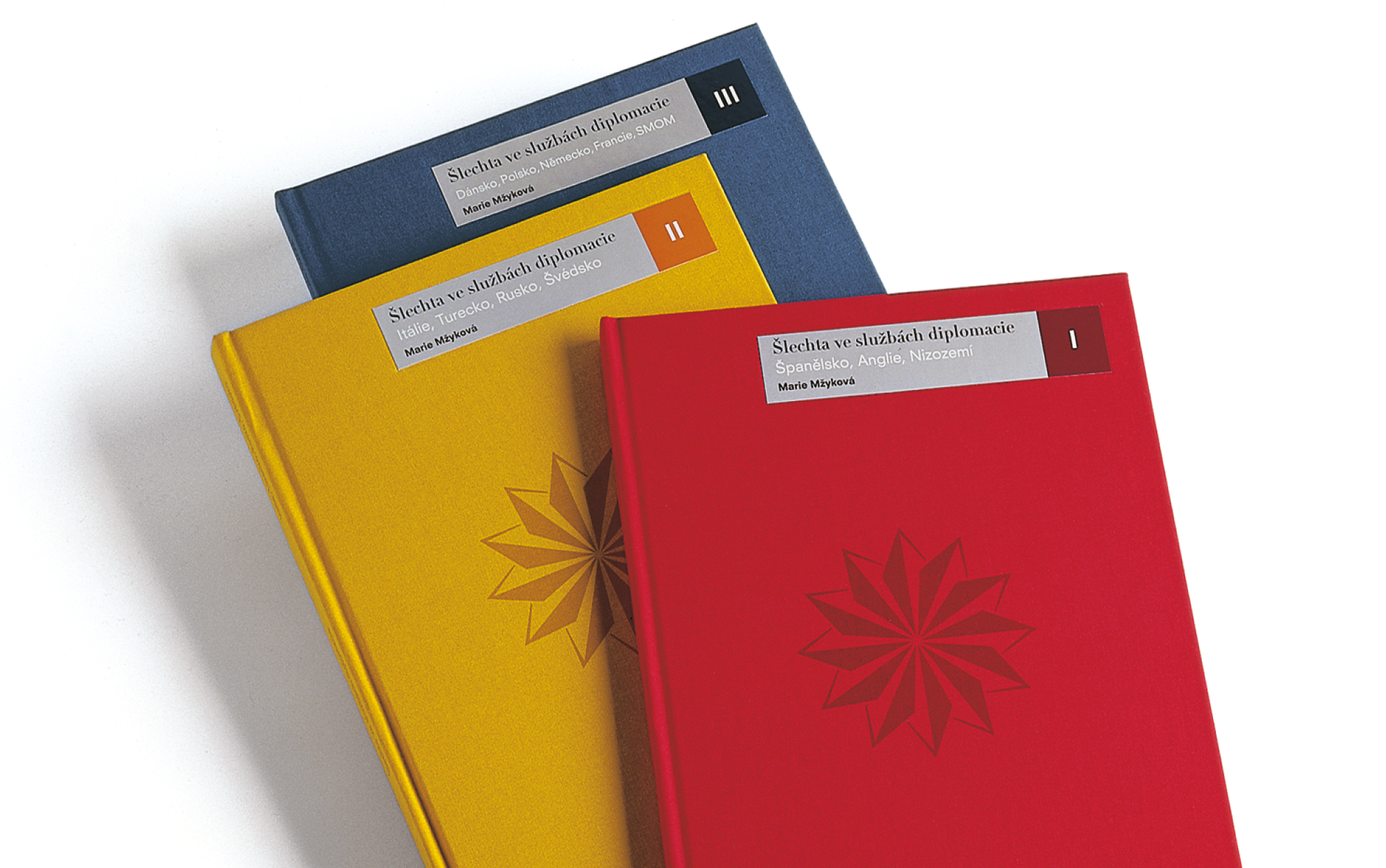 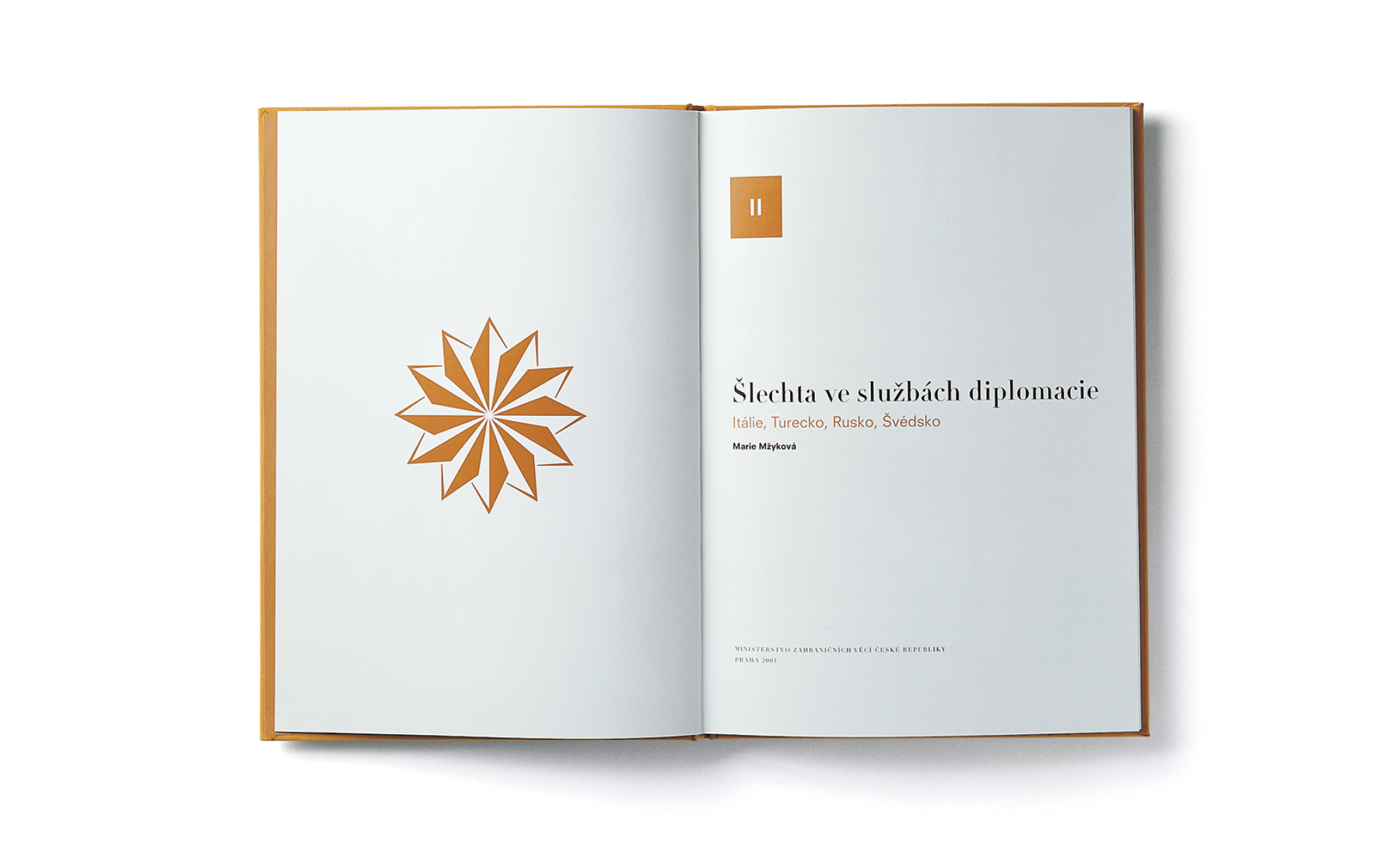 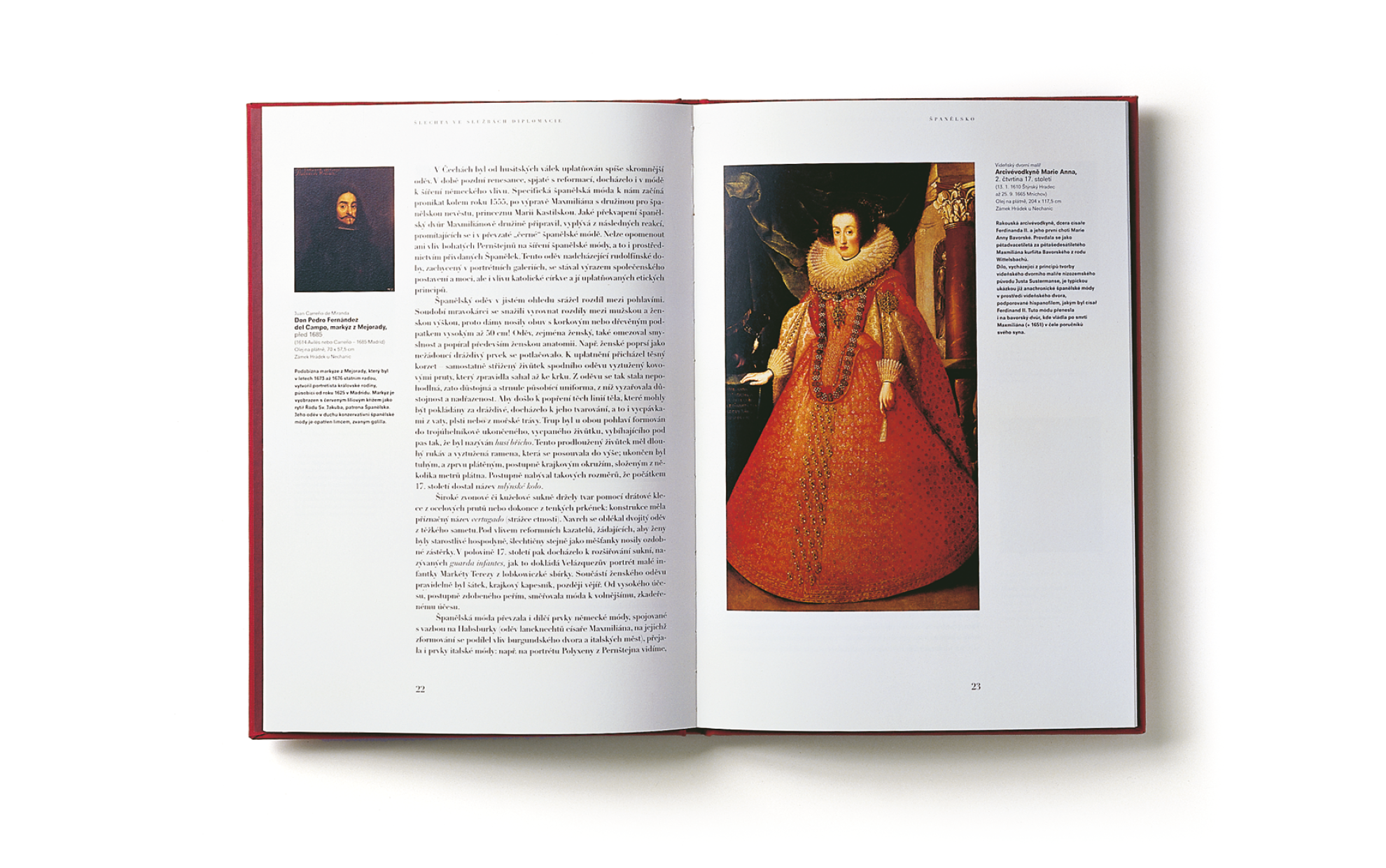 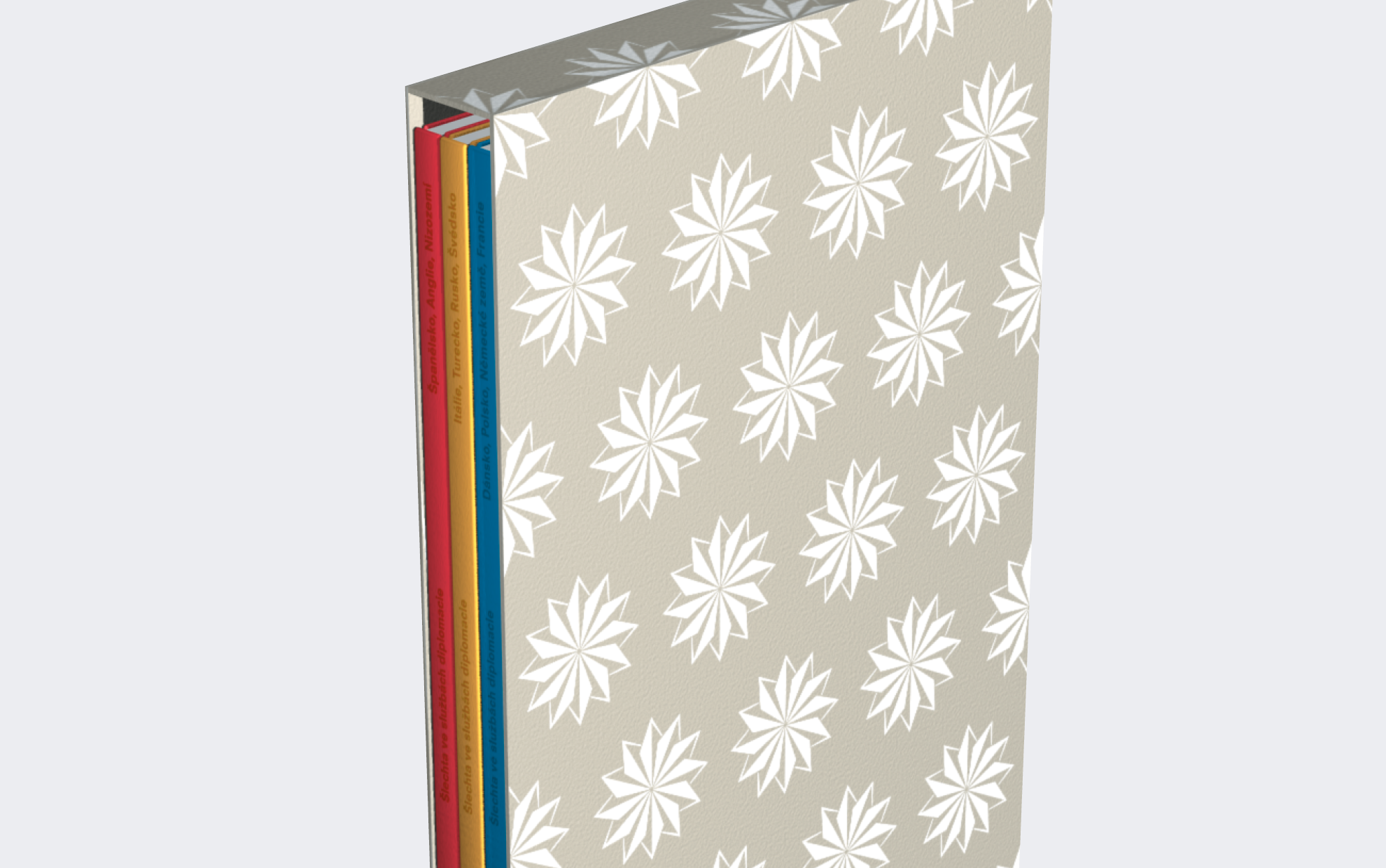 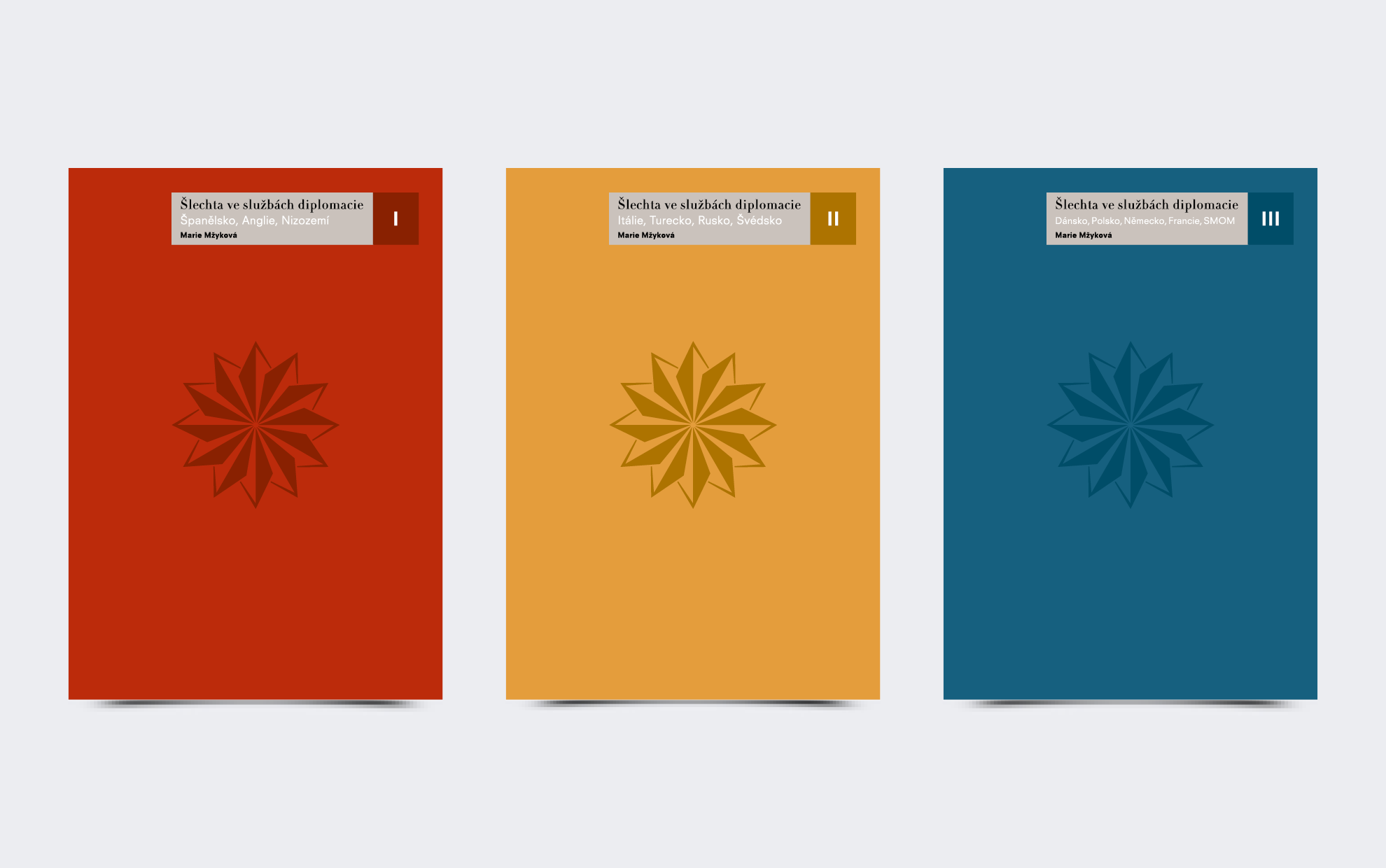 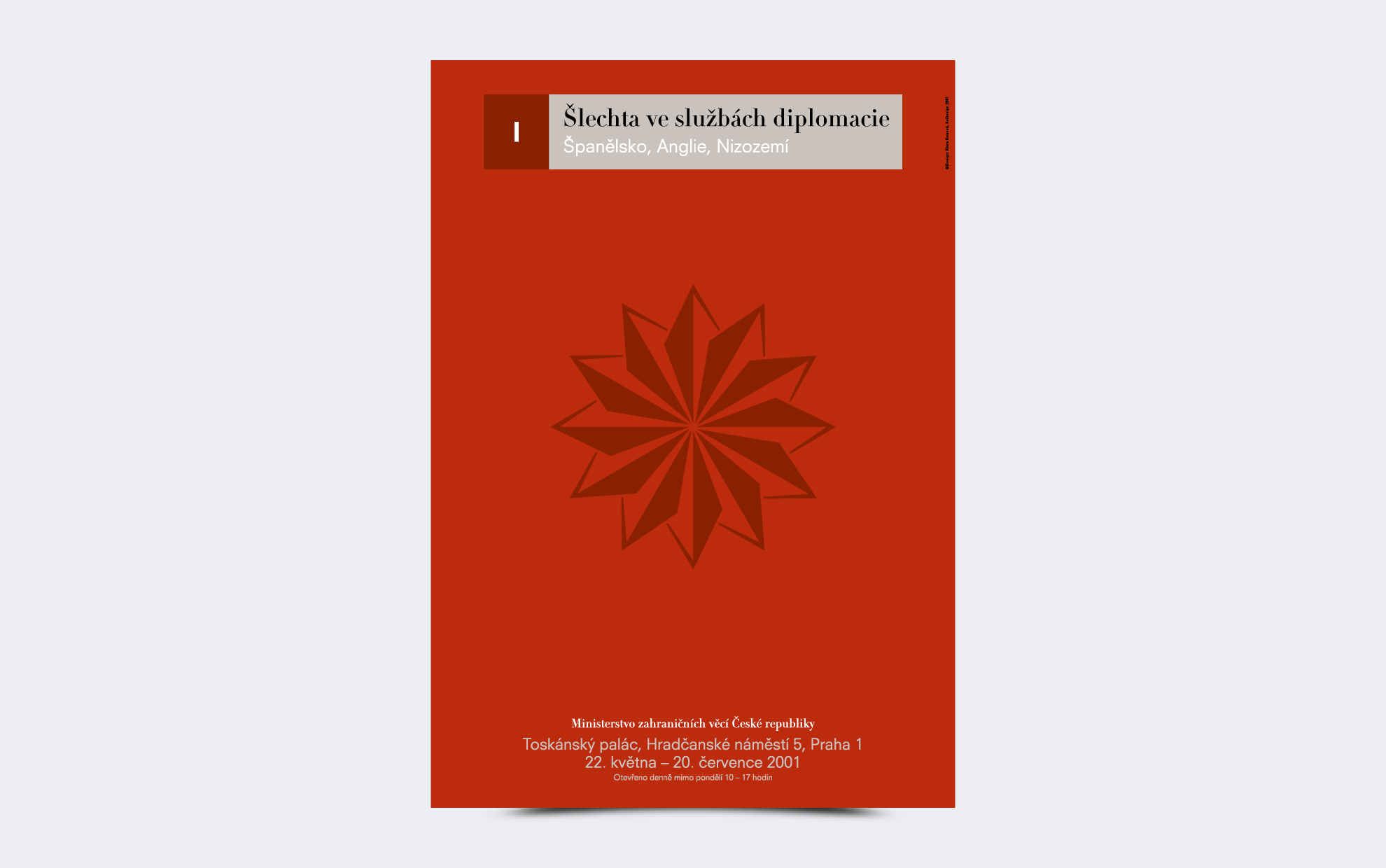 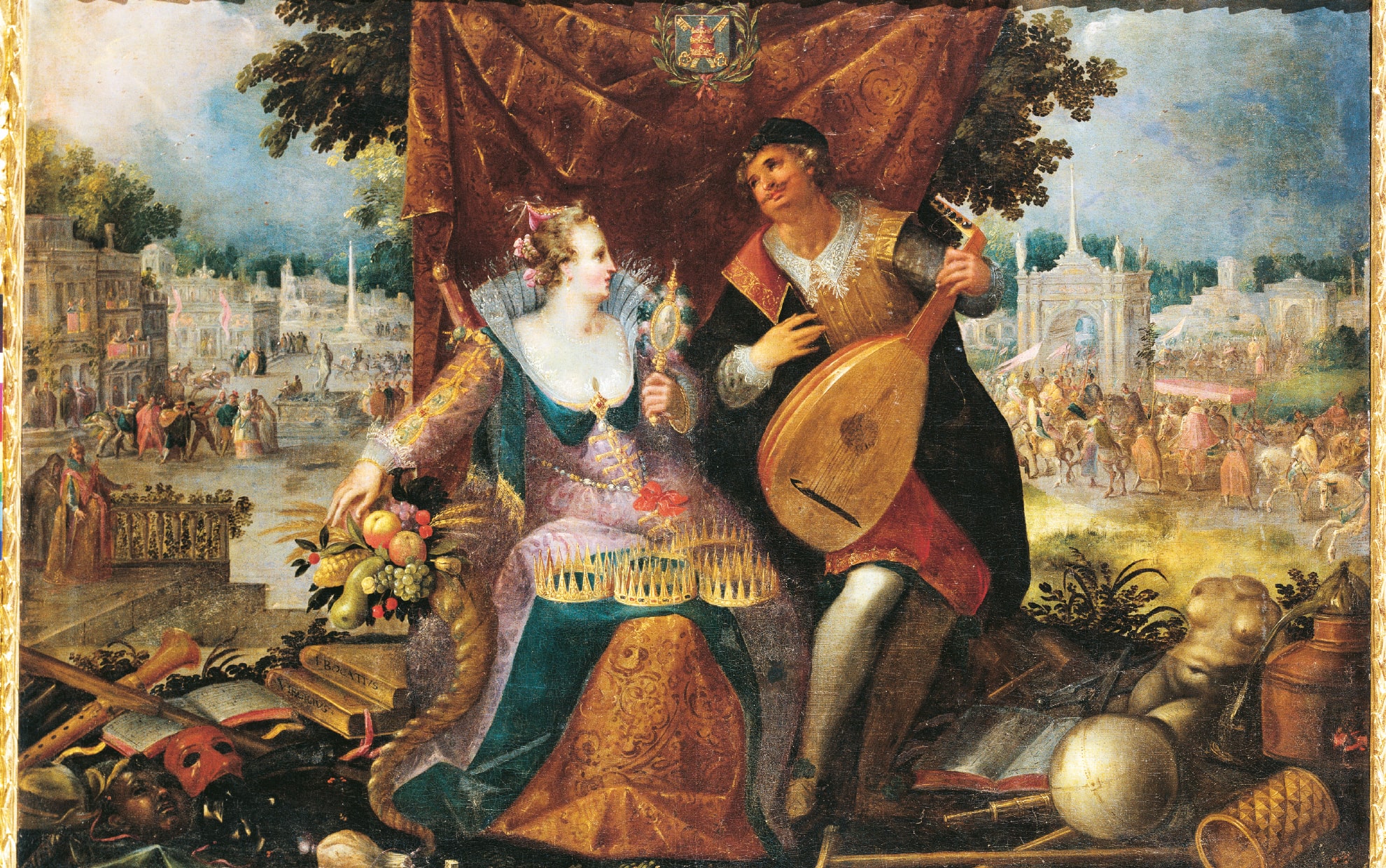 The nobility in the service of diplomacy is a collection of three subtle books, which were initiated by the curatorial initiative of Dr. Mžyk, who also initiated the exhibition of the same name at the Ministry of Foreign Afairs in the Tuscan Palace in Prague. The books were published a long time ago. They were not for sale, but given as a gift. When designing them, I was inspired by books about Art, which were graphically edited by František Muzika, called “razors”. They are books of a larger format with a small number of pages, but in a hard, linen binding. The books have a canvas and a label pasted into the matrices of a pre-embossed place with the title of the book. Pure conservatism, that will not get boring.