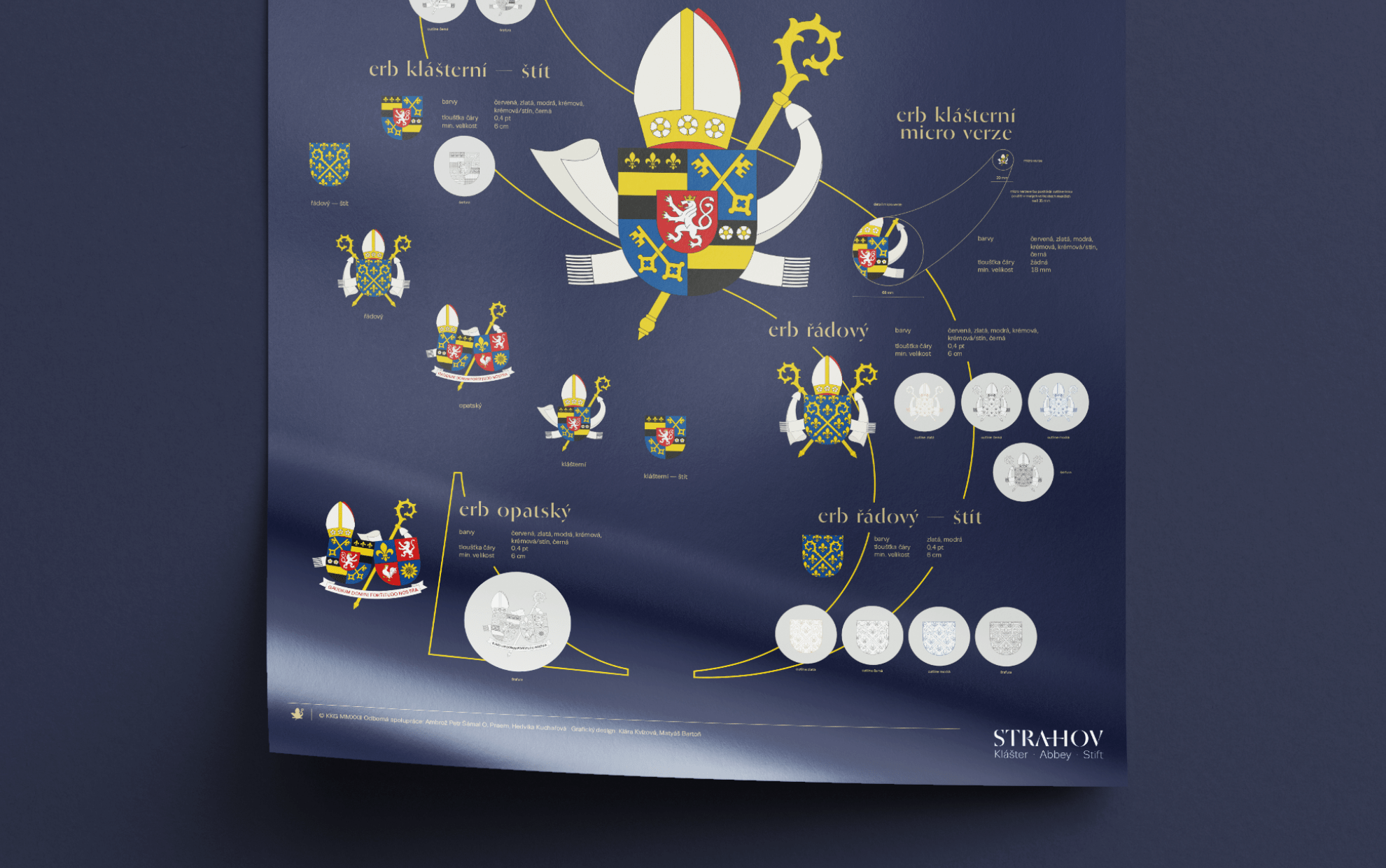 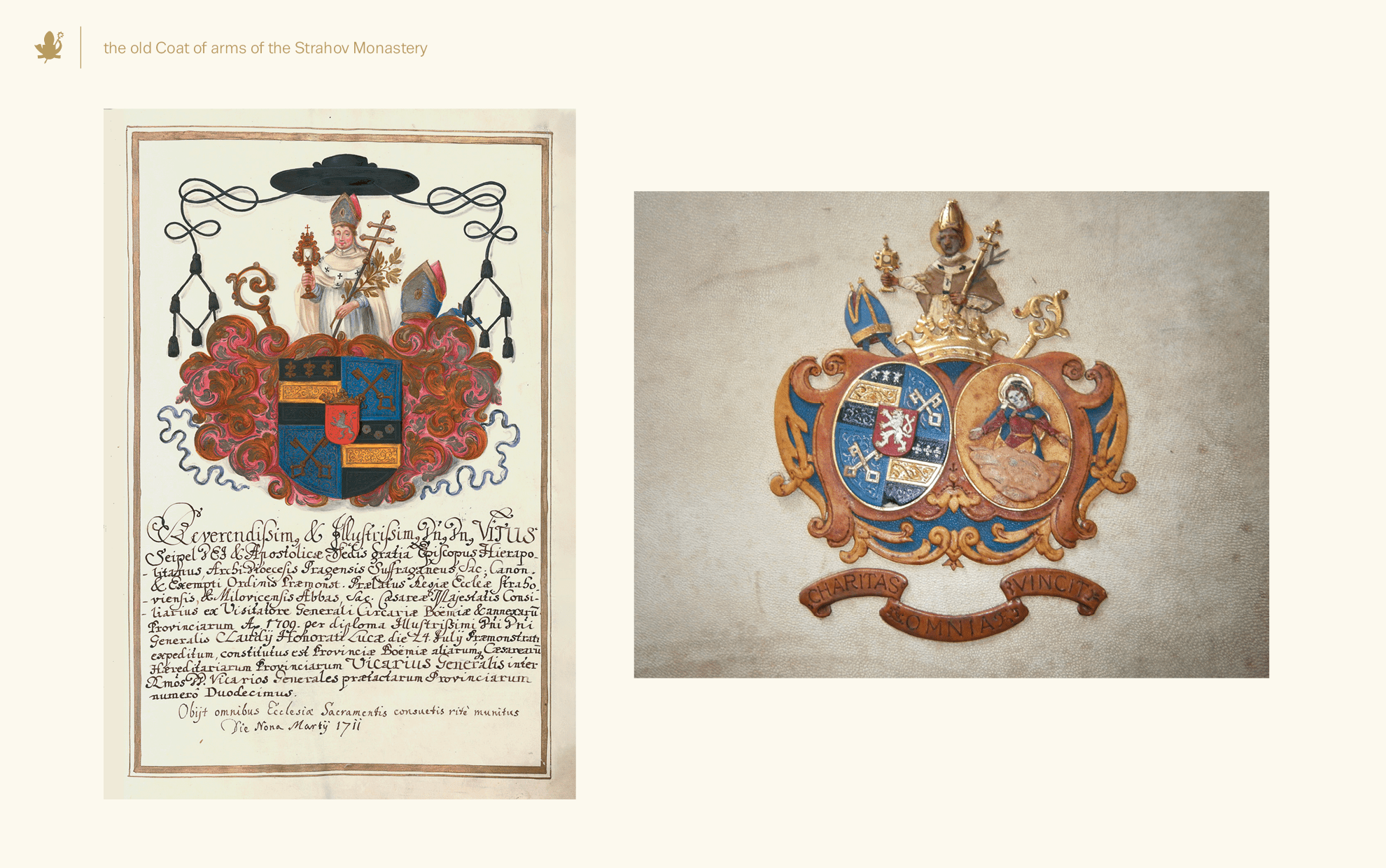 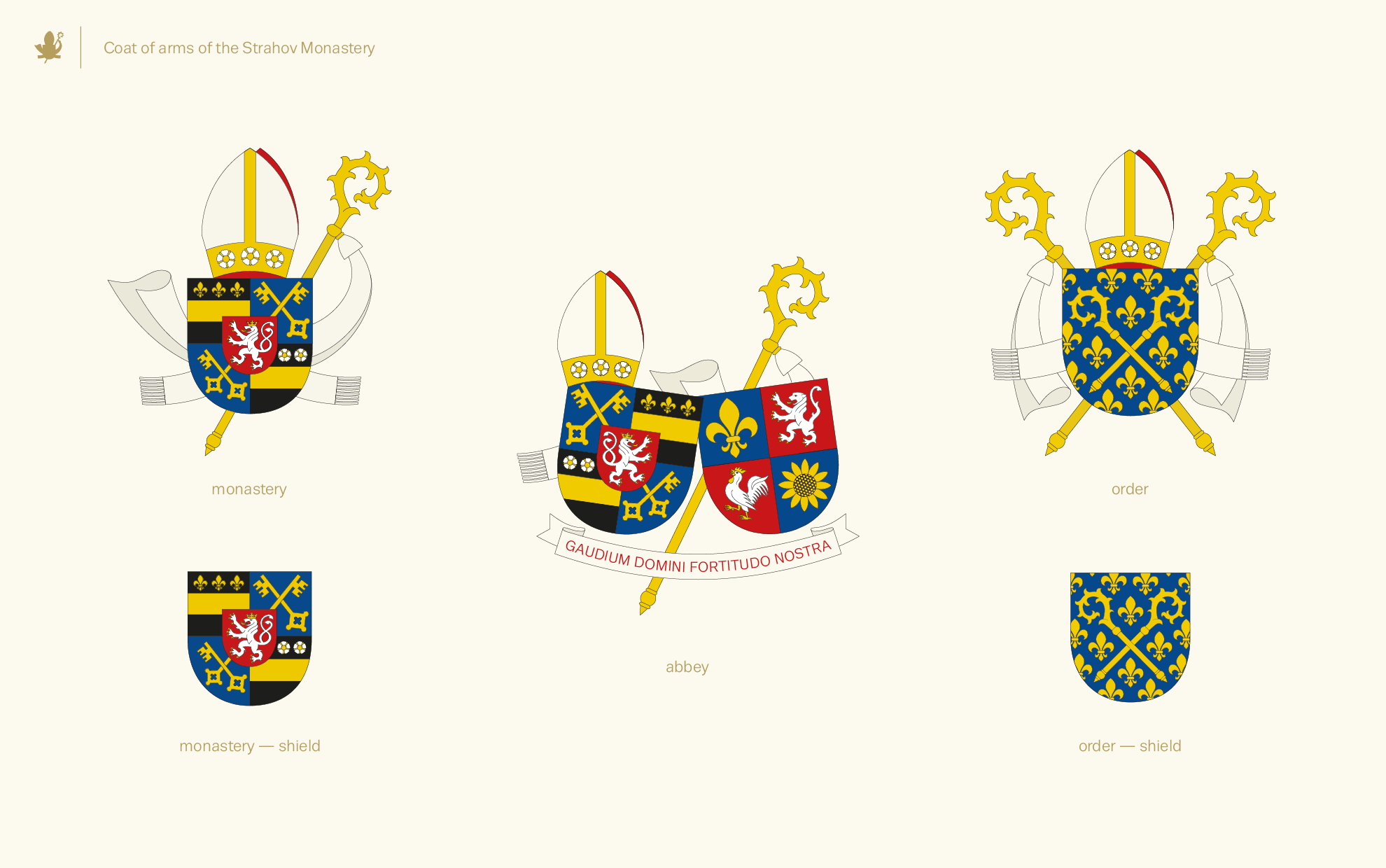 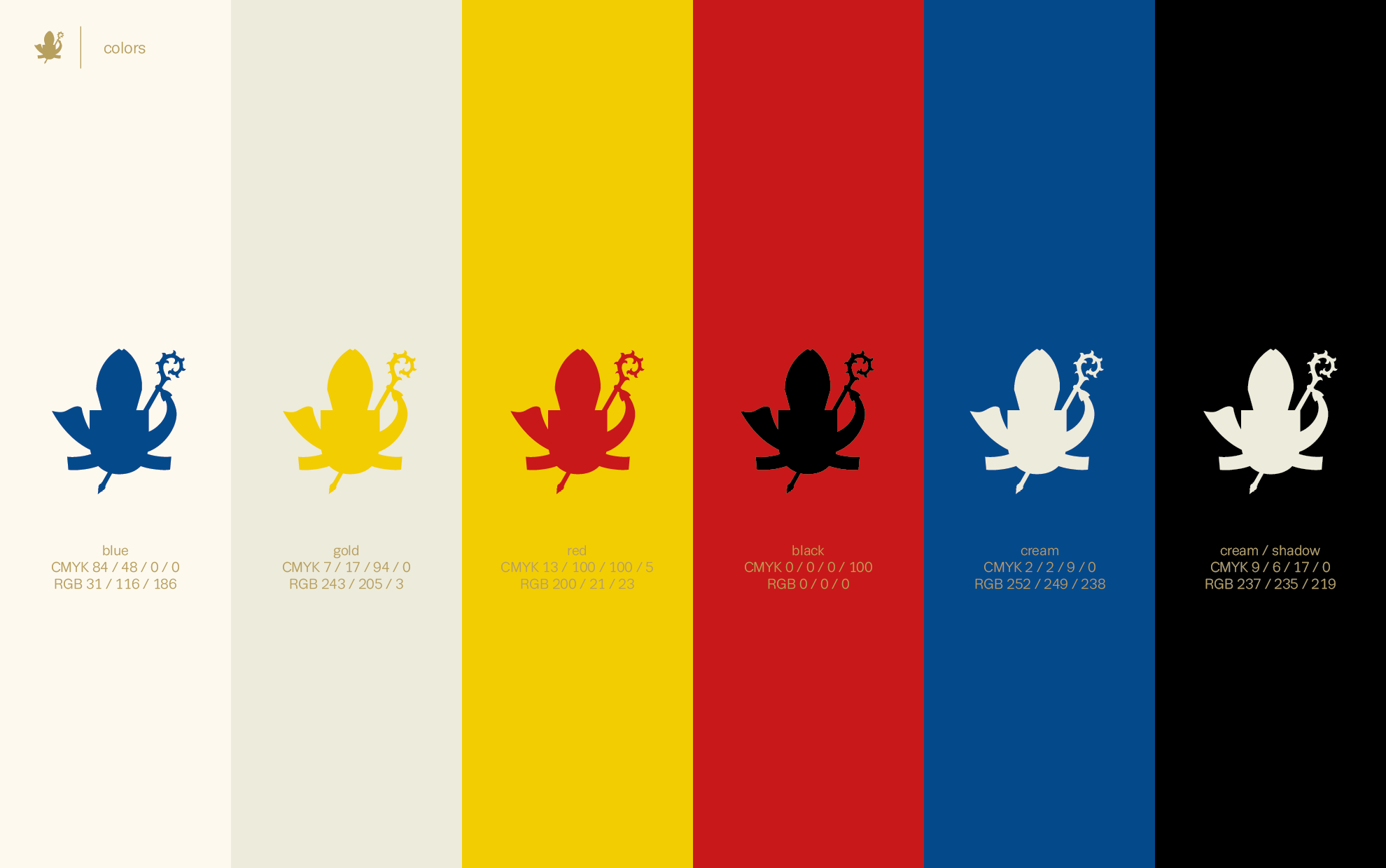 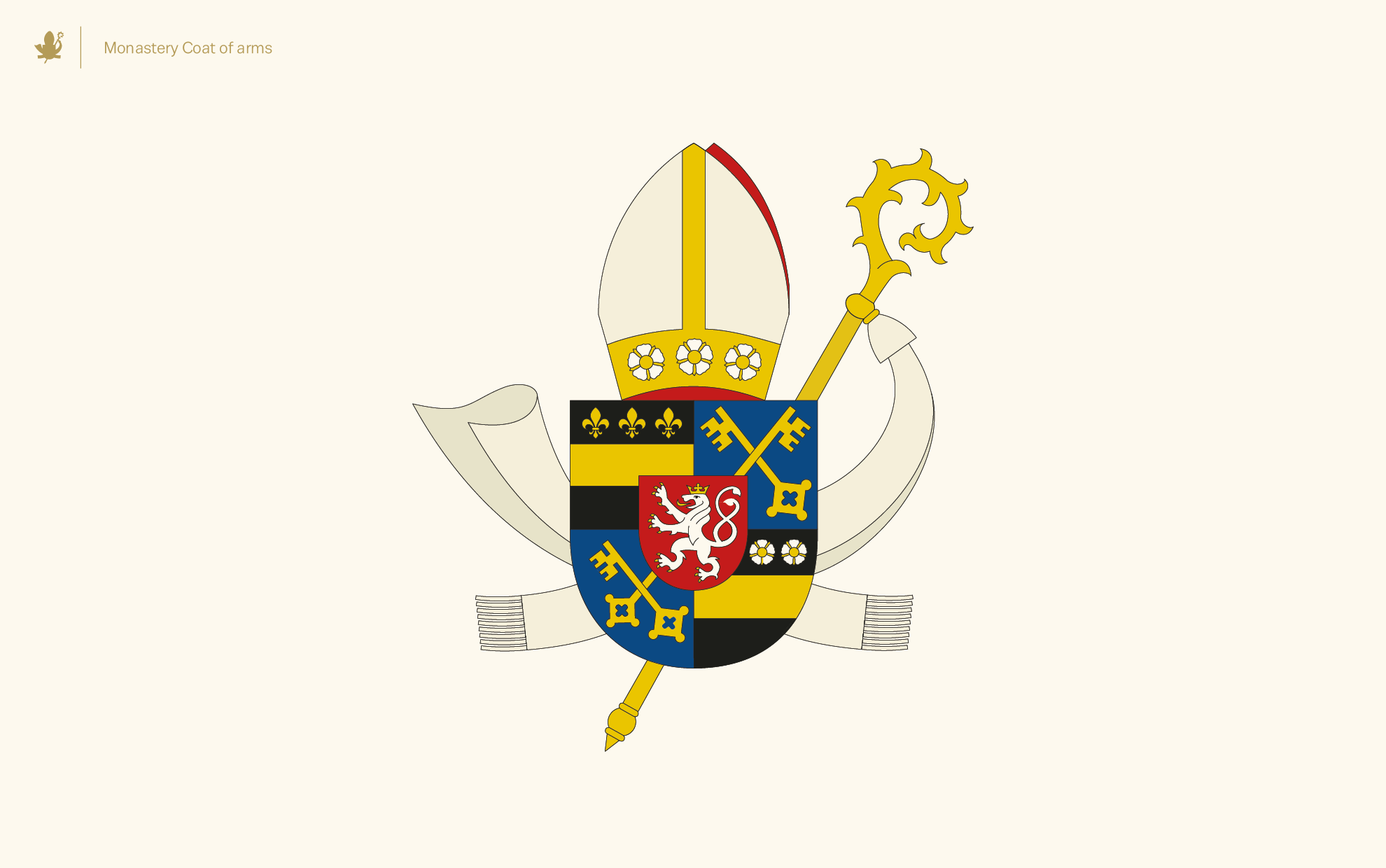 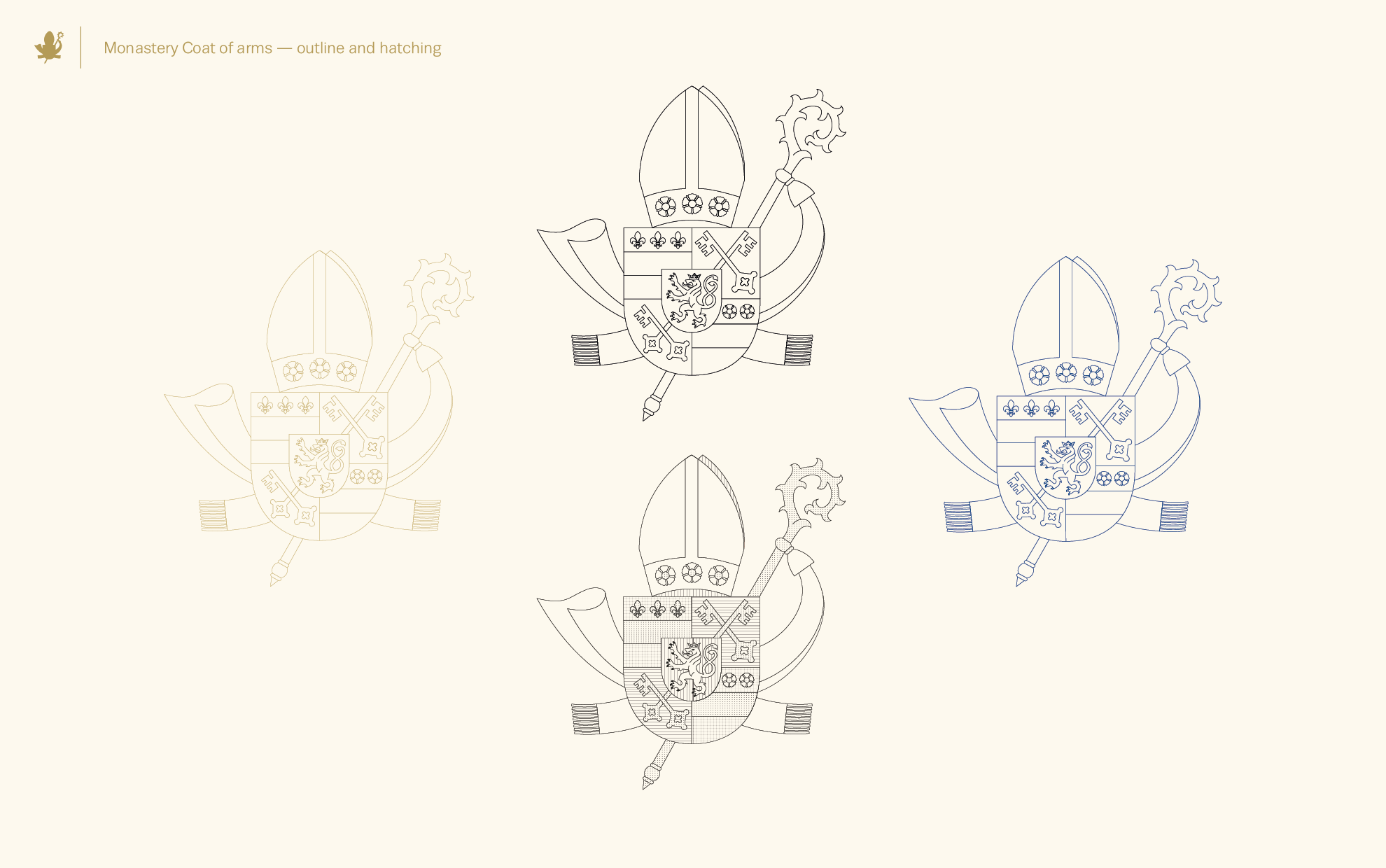 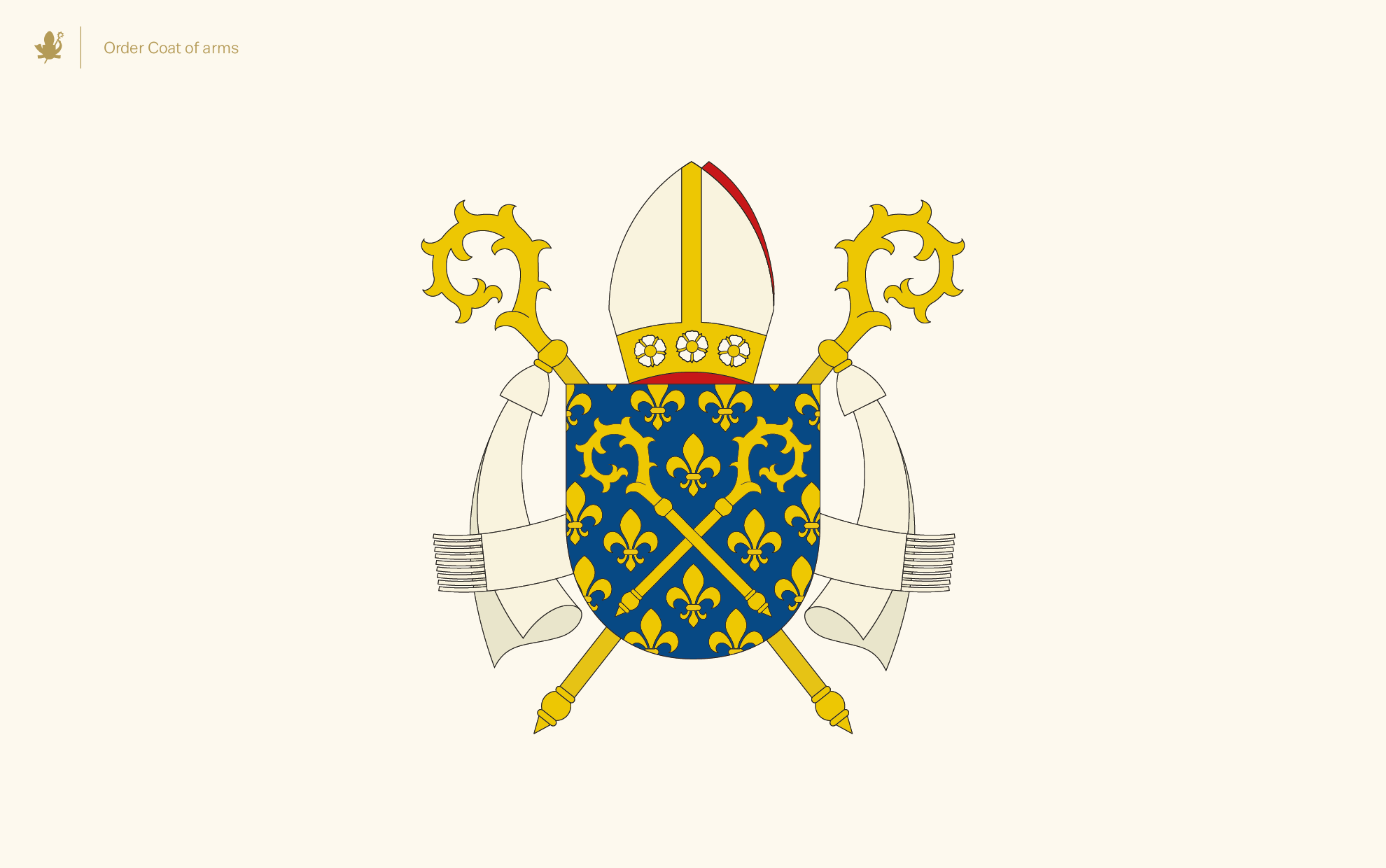 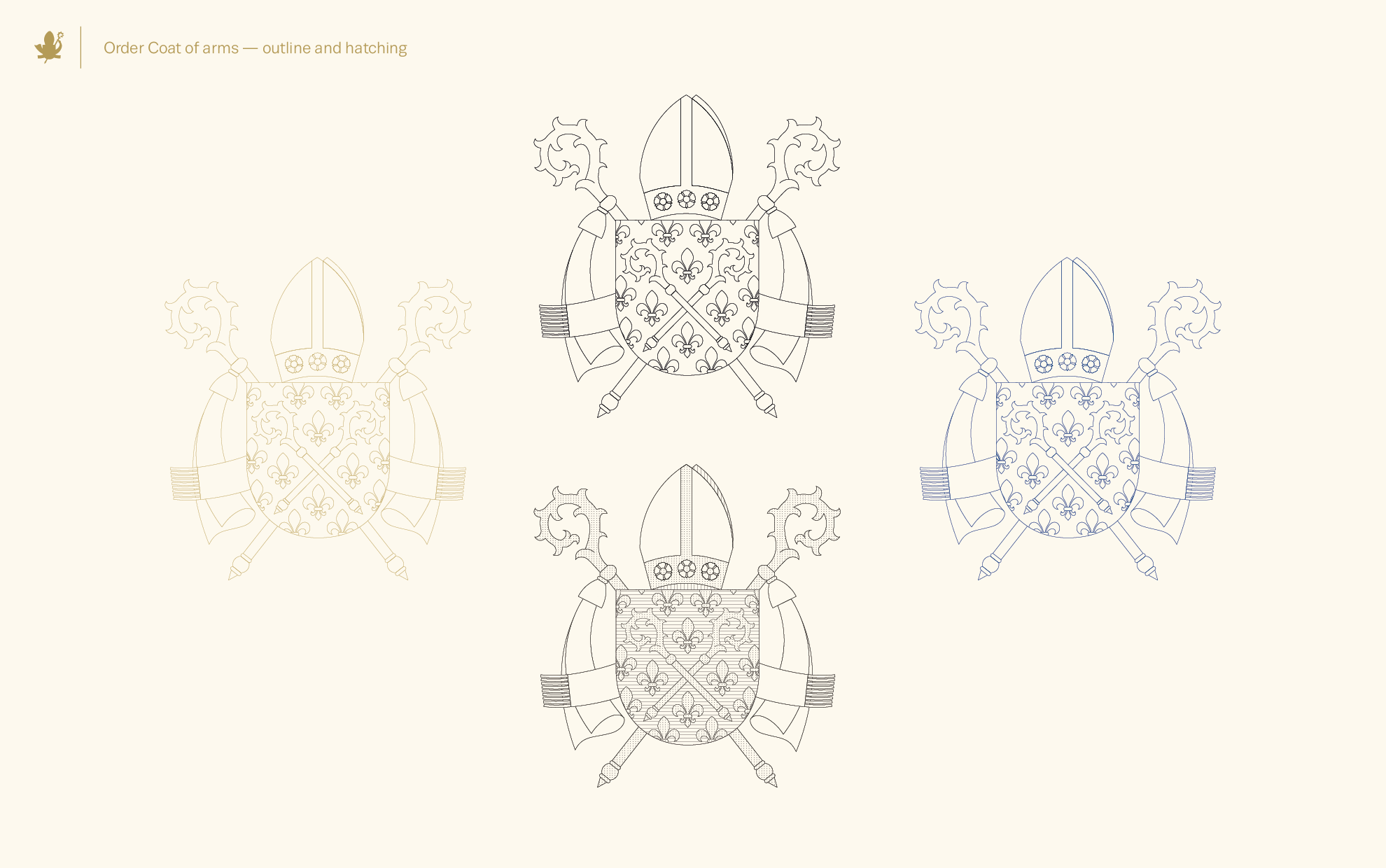 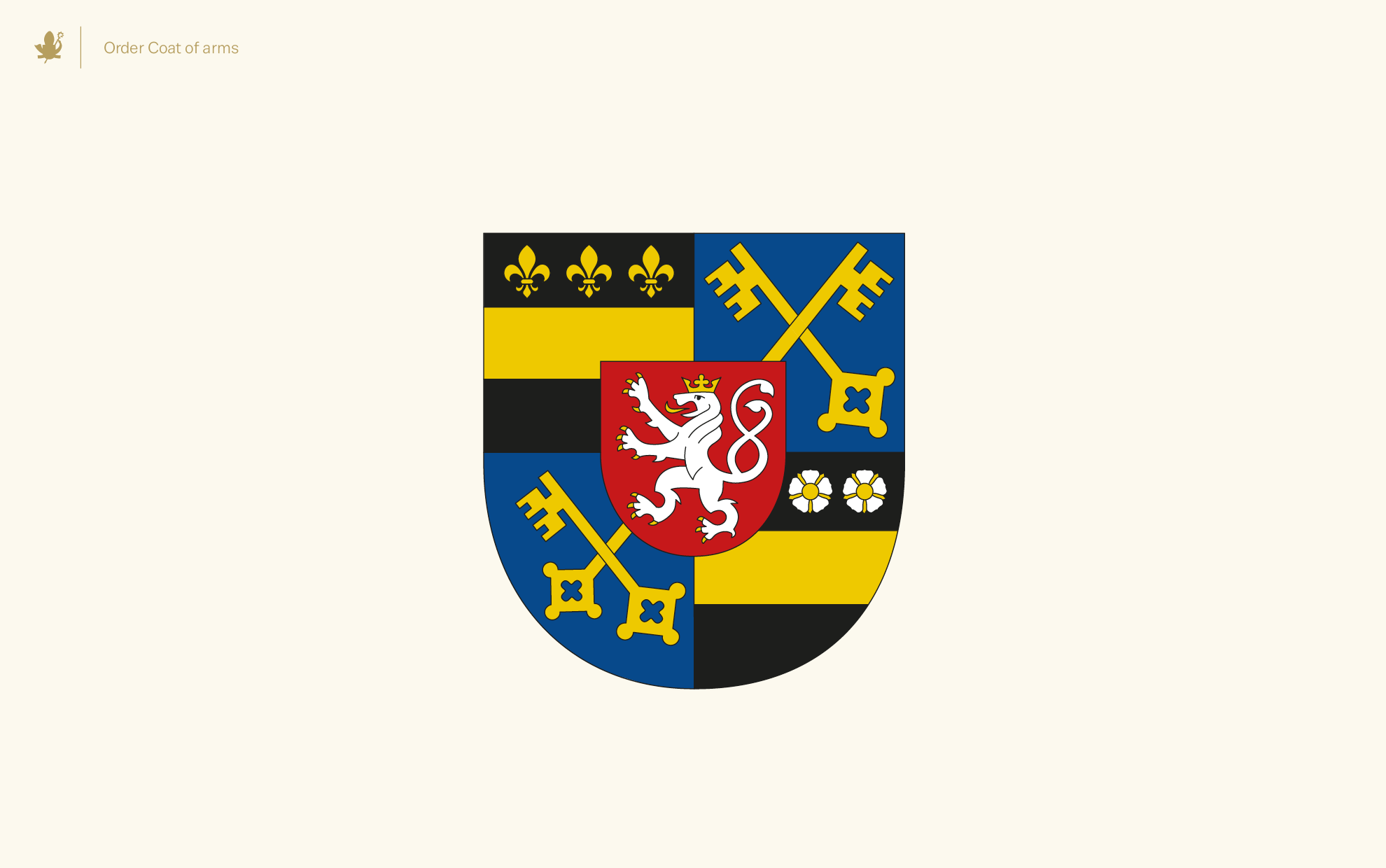 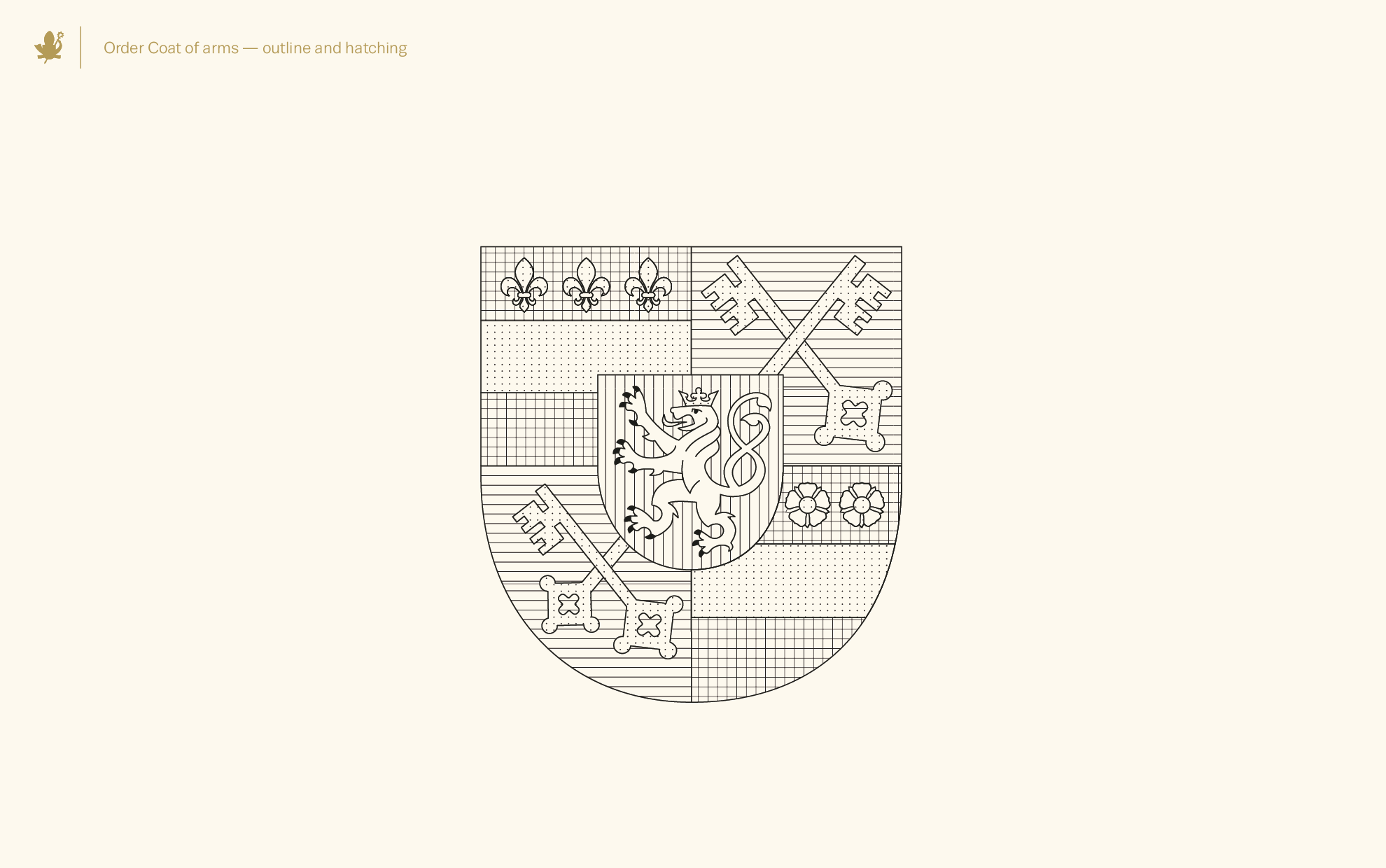 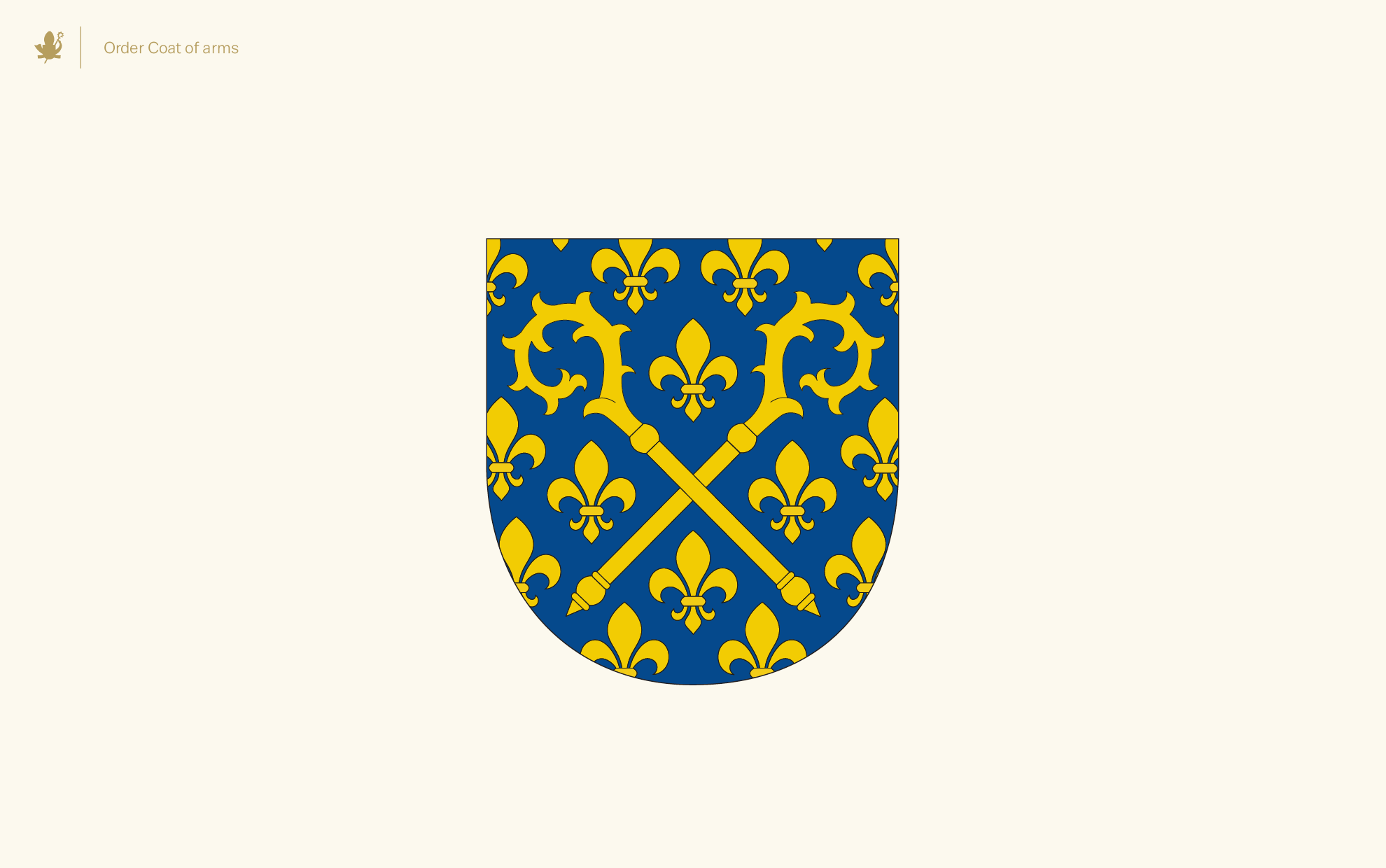 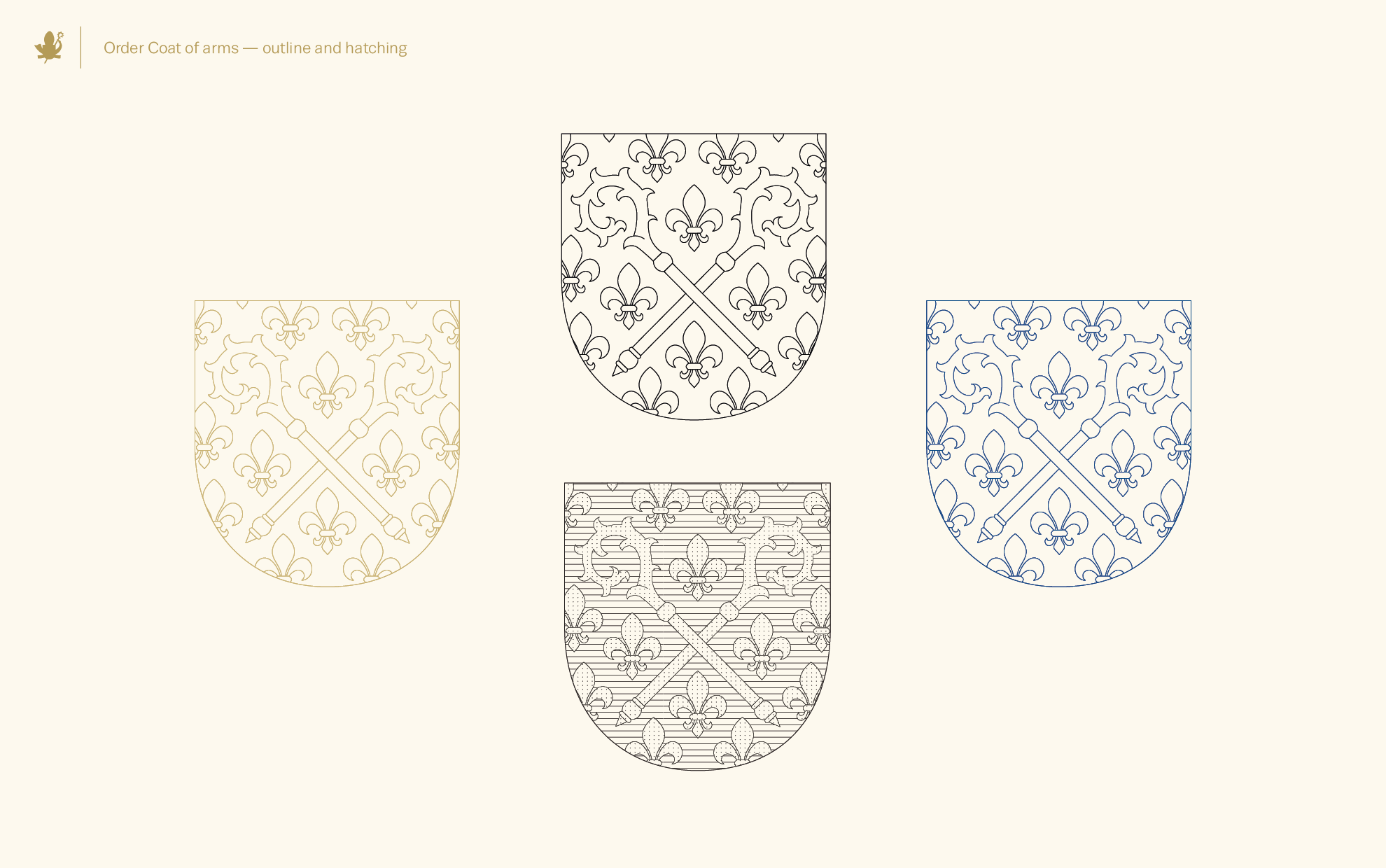 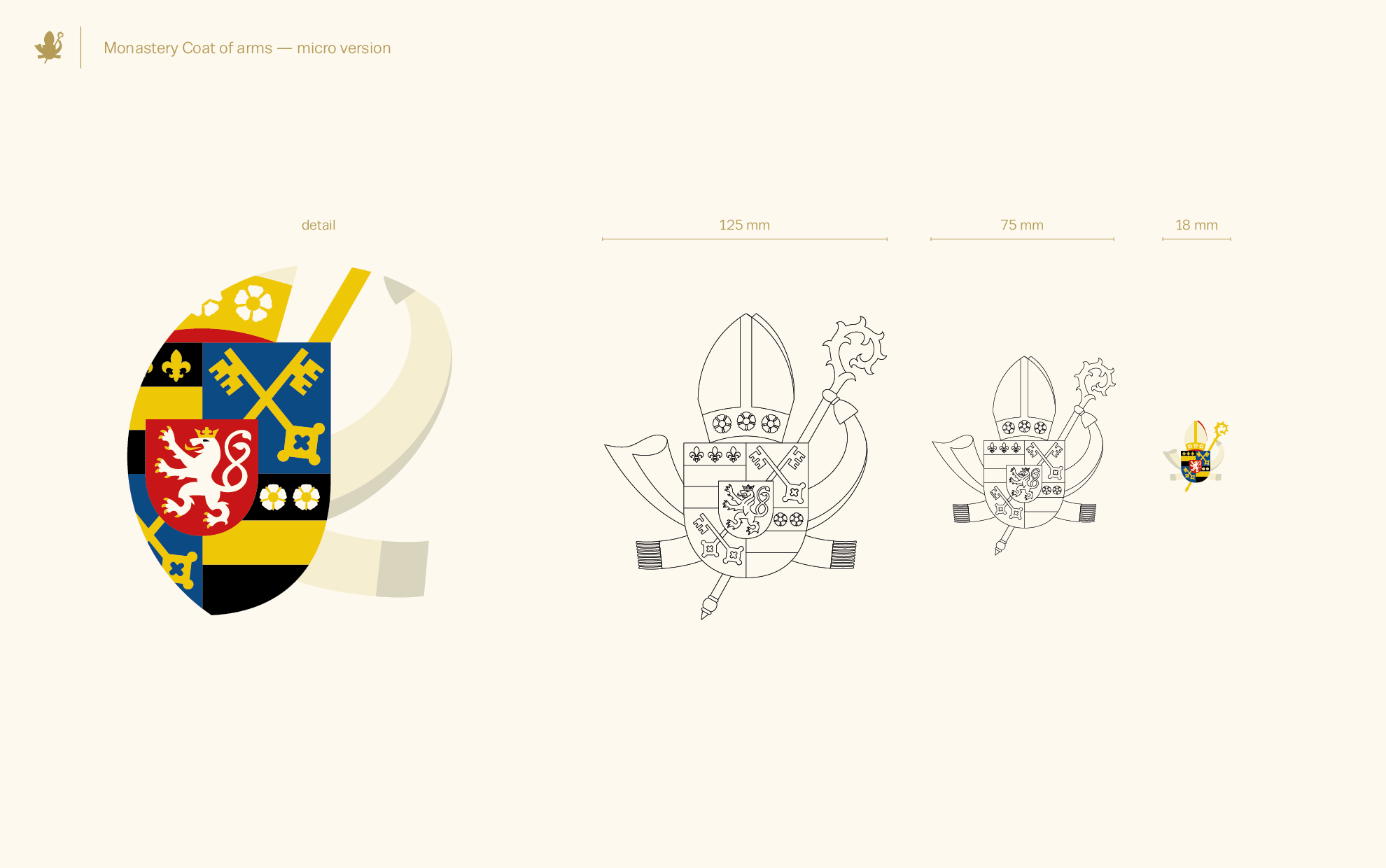 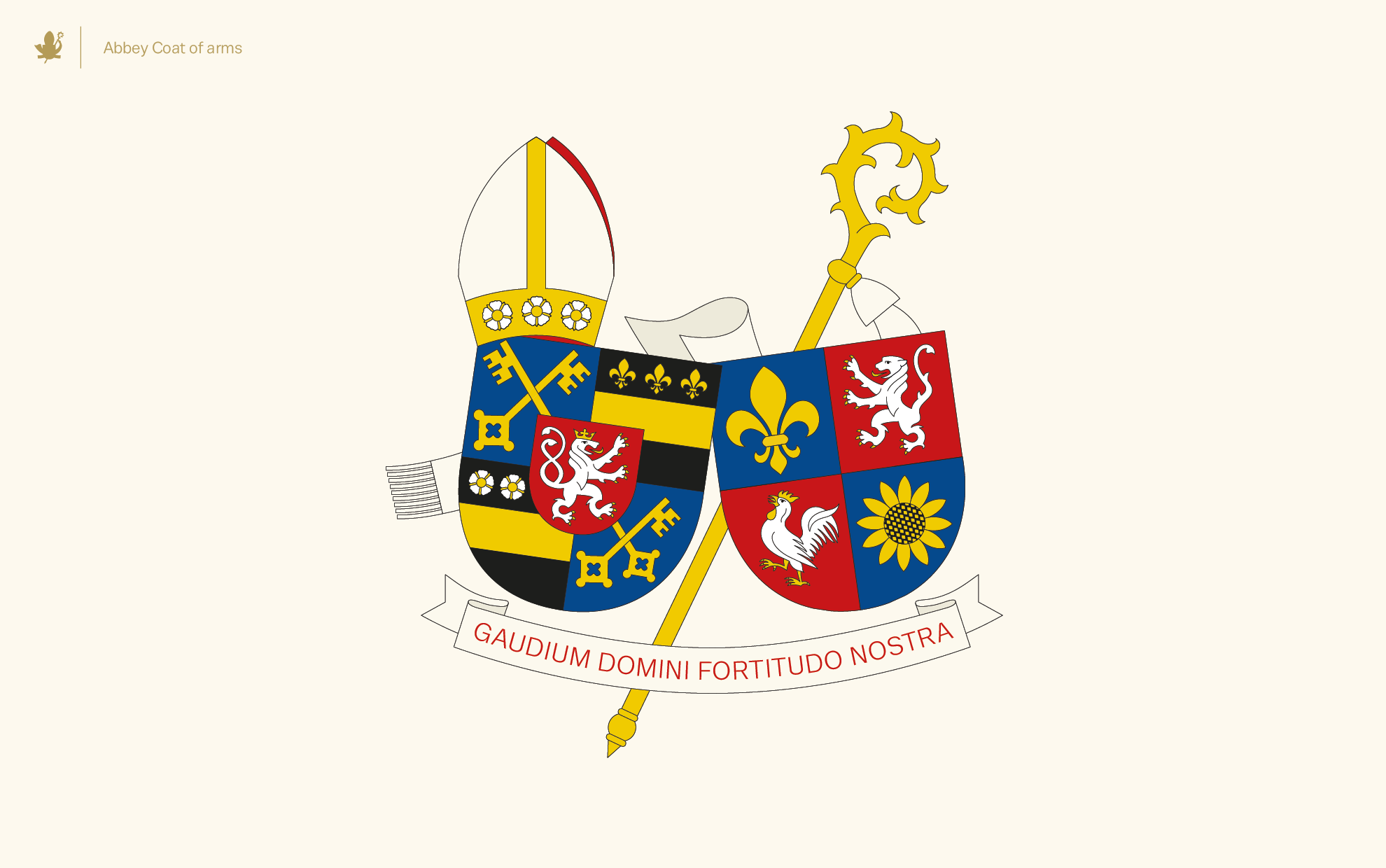 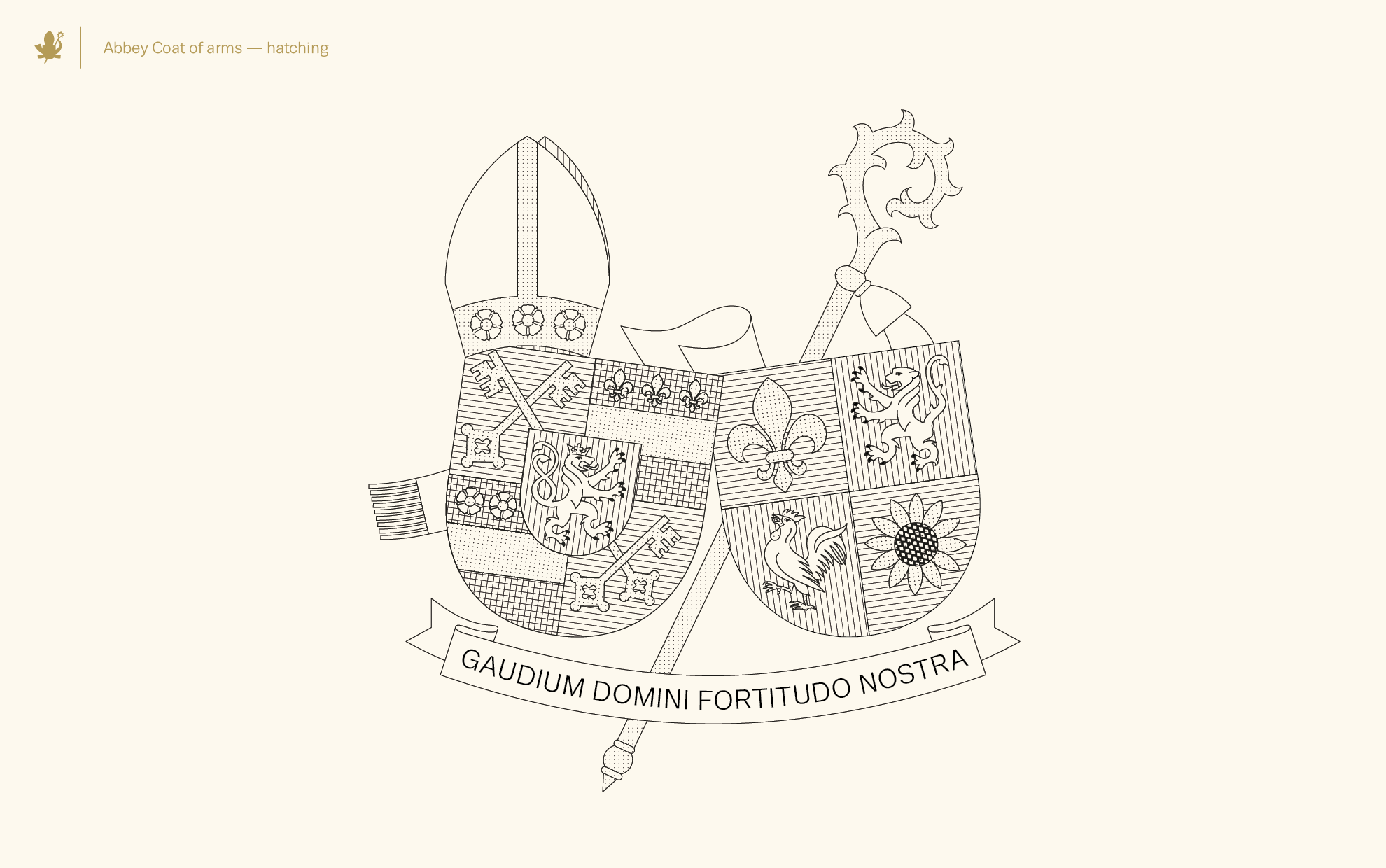 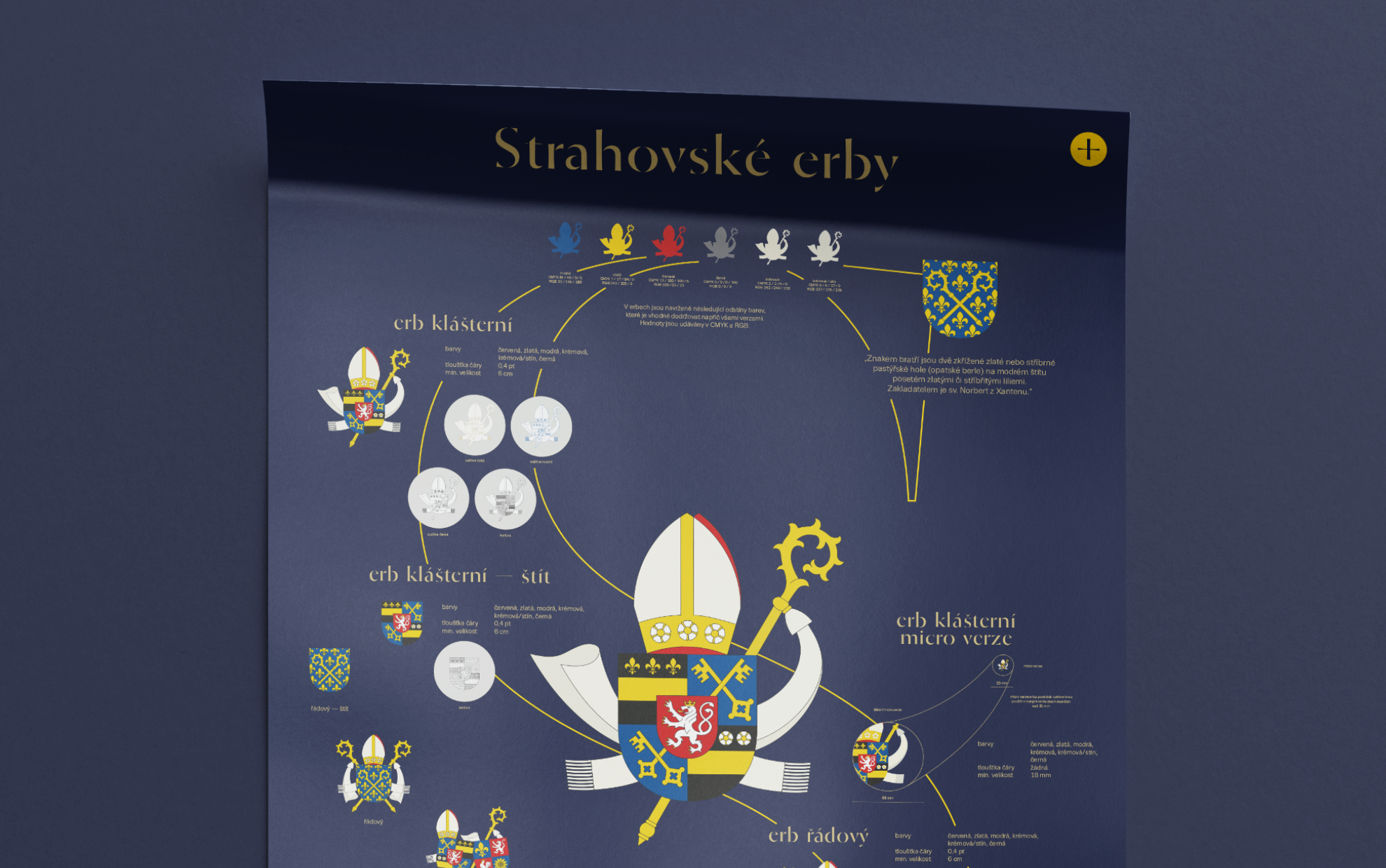 There are several redraws of the coats of arms. The main one being the monastery coat of arms, which has a shield, mitre and the sceptre as its main attributes. This is followed by the coat of arms of the Order, which bears the symbol of a lily in a multiplied pattern and it also has two sceptres. The shields of both coats of arms can also be used separately, as their simpler versions. Finally, we have dealt with the Abbey coat of arms, which is composed of two pavises. The right shield is bearing the attributes proper to the current Abbot Daniel - a lion without a crown, a lily, a cock and a sunflower. All of the coats of arms function in a fine, outlined version, but also in a heraldic 'coloured' version, consisting of fills, which are bearing the appropriate colour.