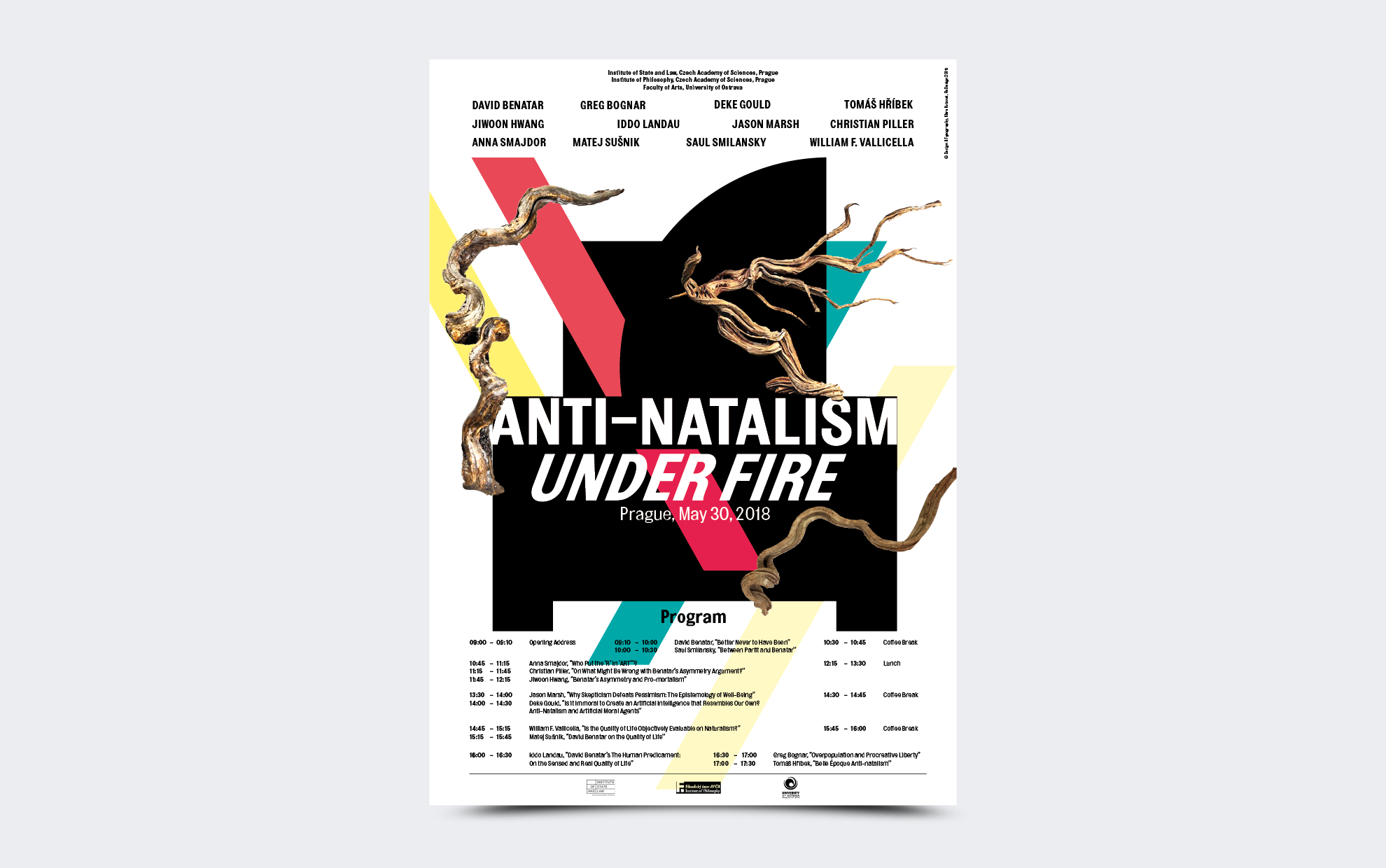 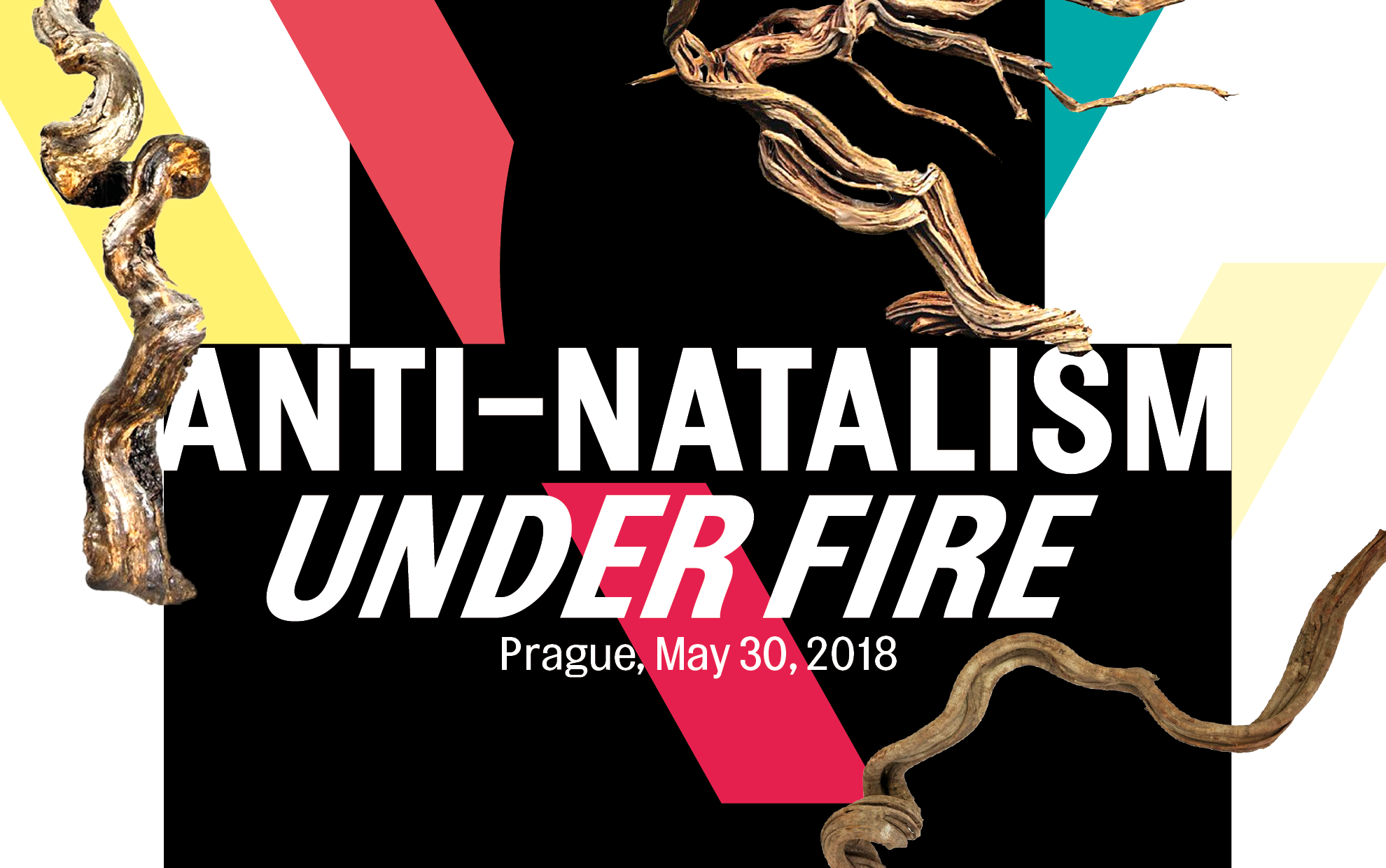 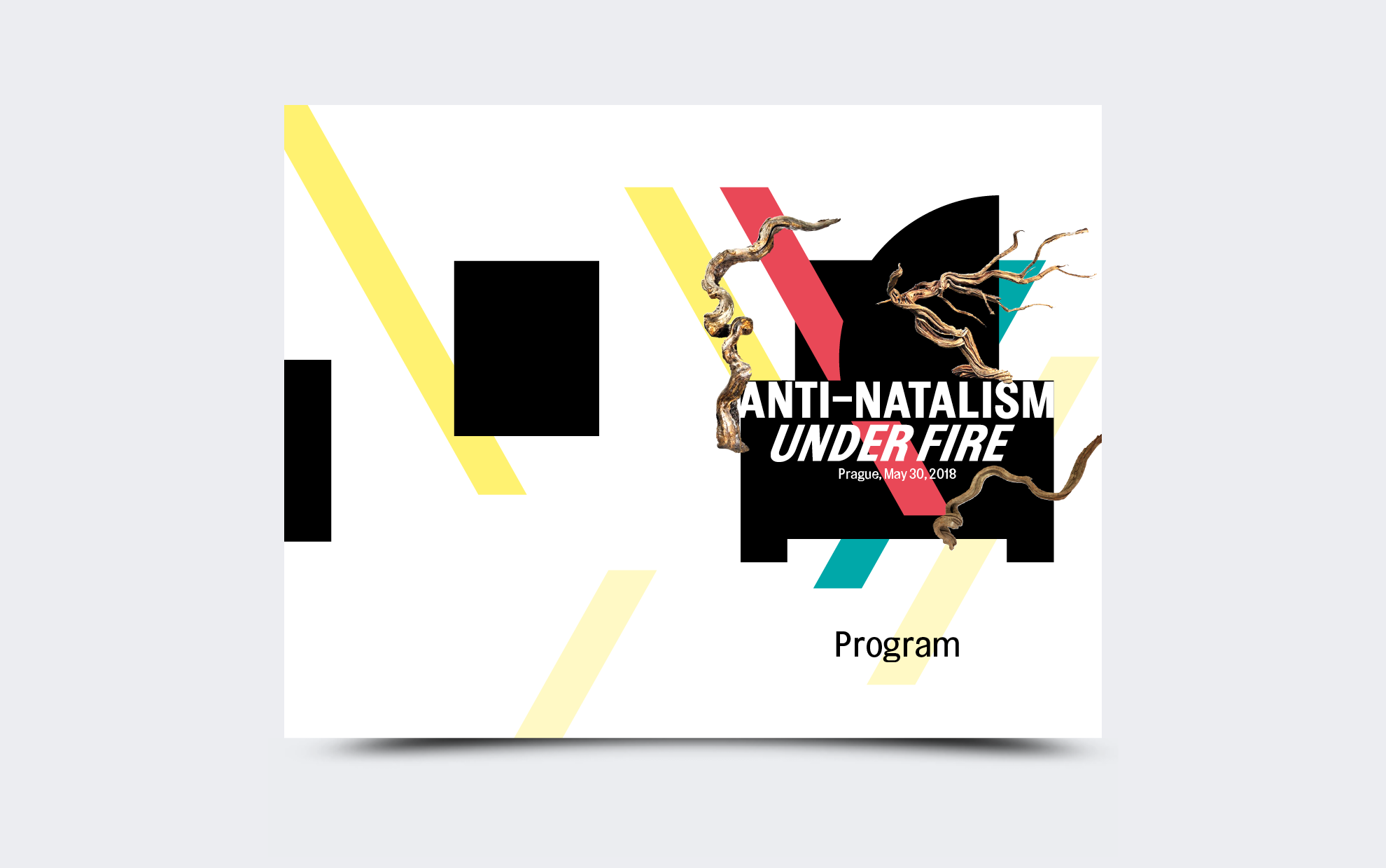 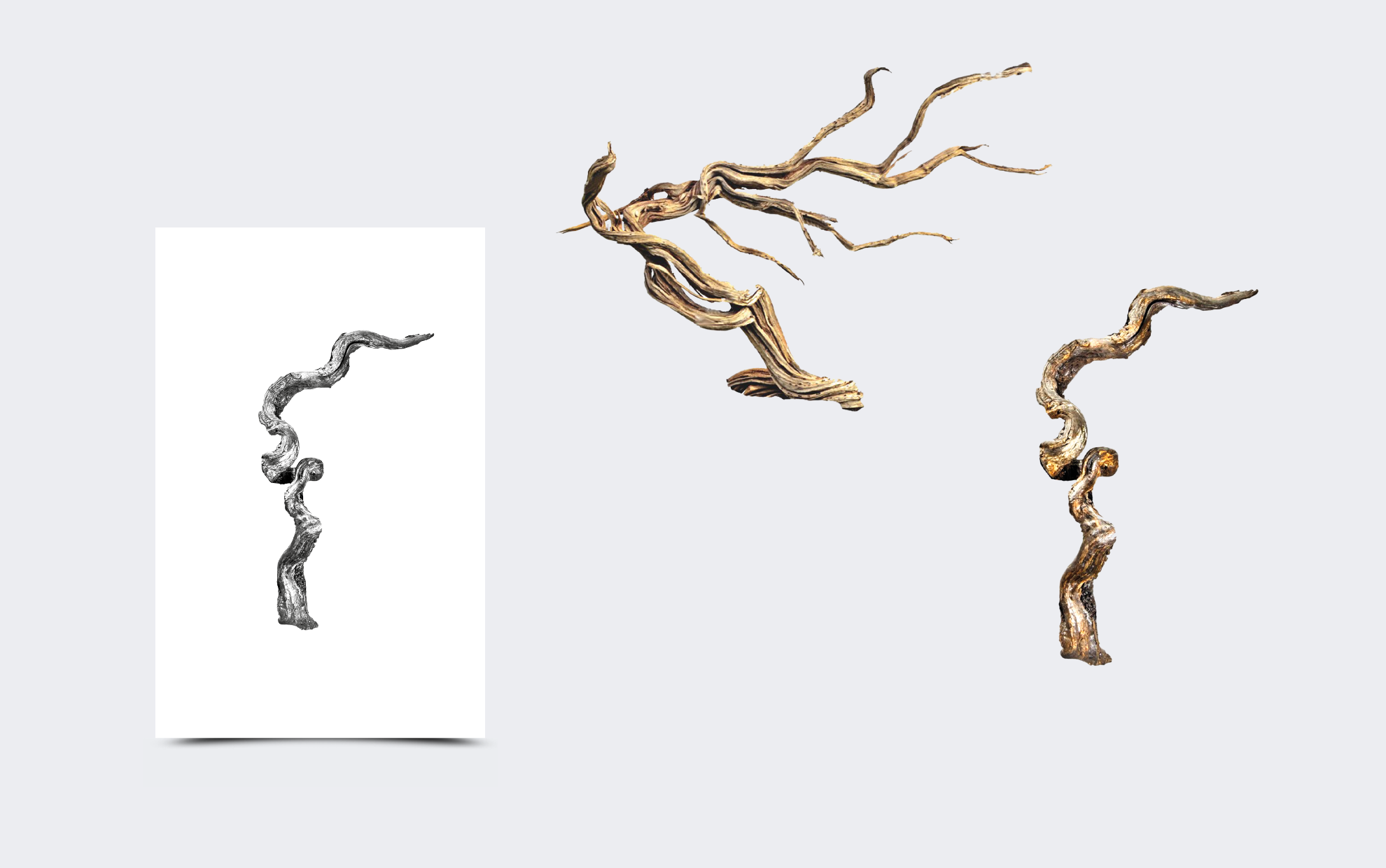 How to depict a controversial topic visually and graphically? We tried this when we were given a poster for the Anti-natalism Under Fire conference – its theme was anti-natalism, a theory about how humankind shouldn’t reproduce further, because it’s morally indefensible. Originally, the poster was supposed to be based on a provocative photograph of lovers. In the end, the motif of a black bed with withered branches (which are supposed to be Freudian in tune to the theme) won.