The Puppet and the modern
Klára Kvízová
Works
Flow
CZ 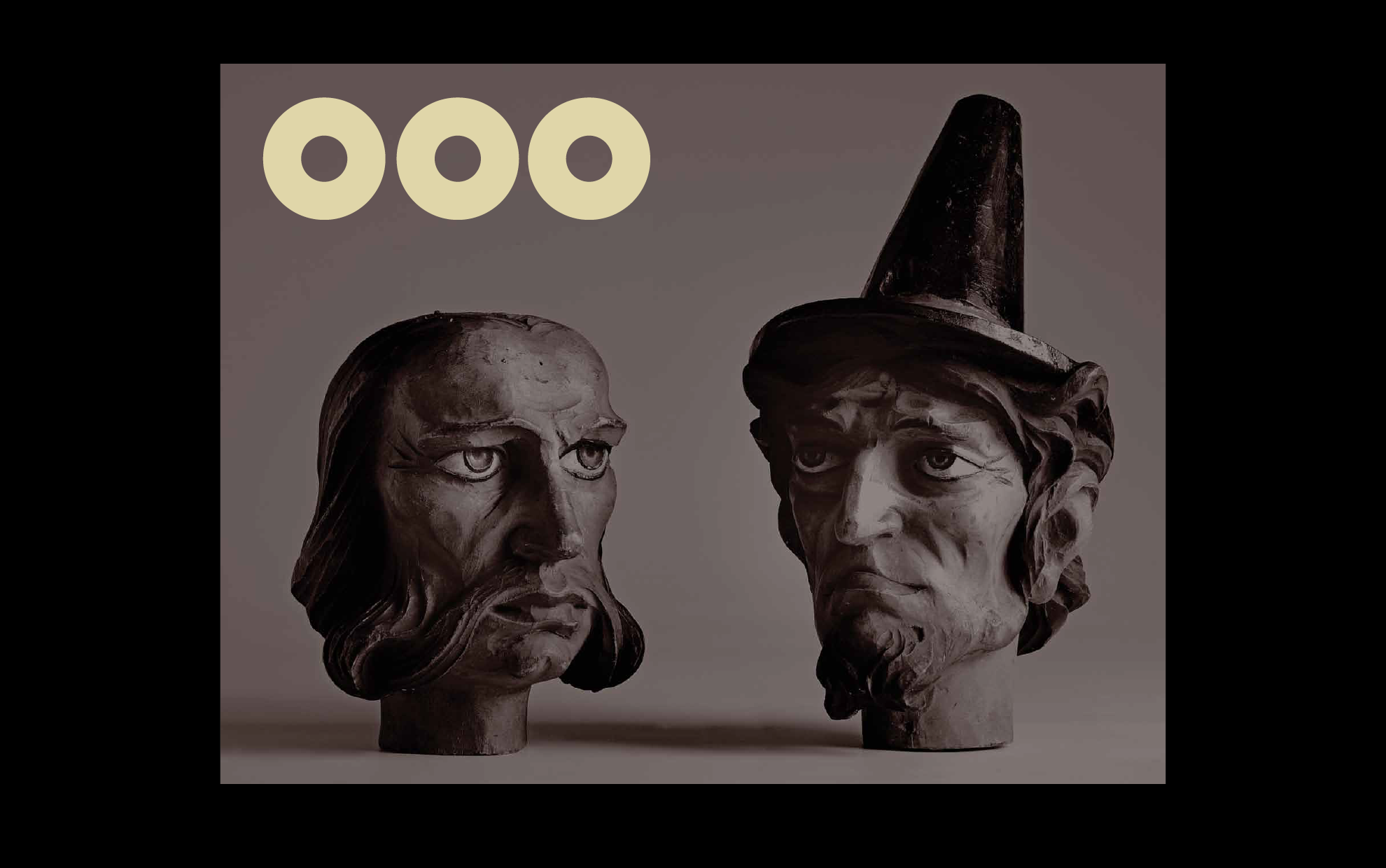 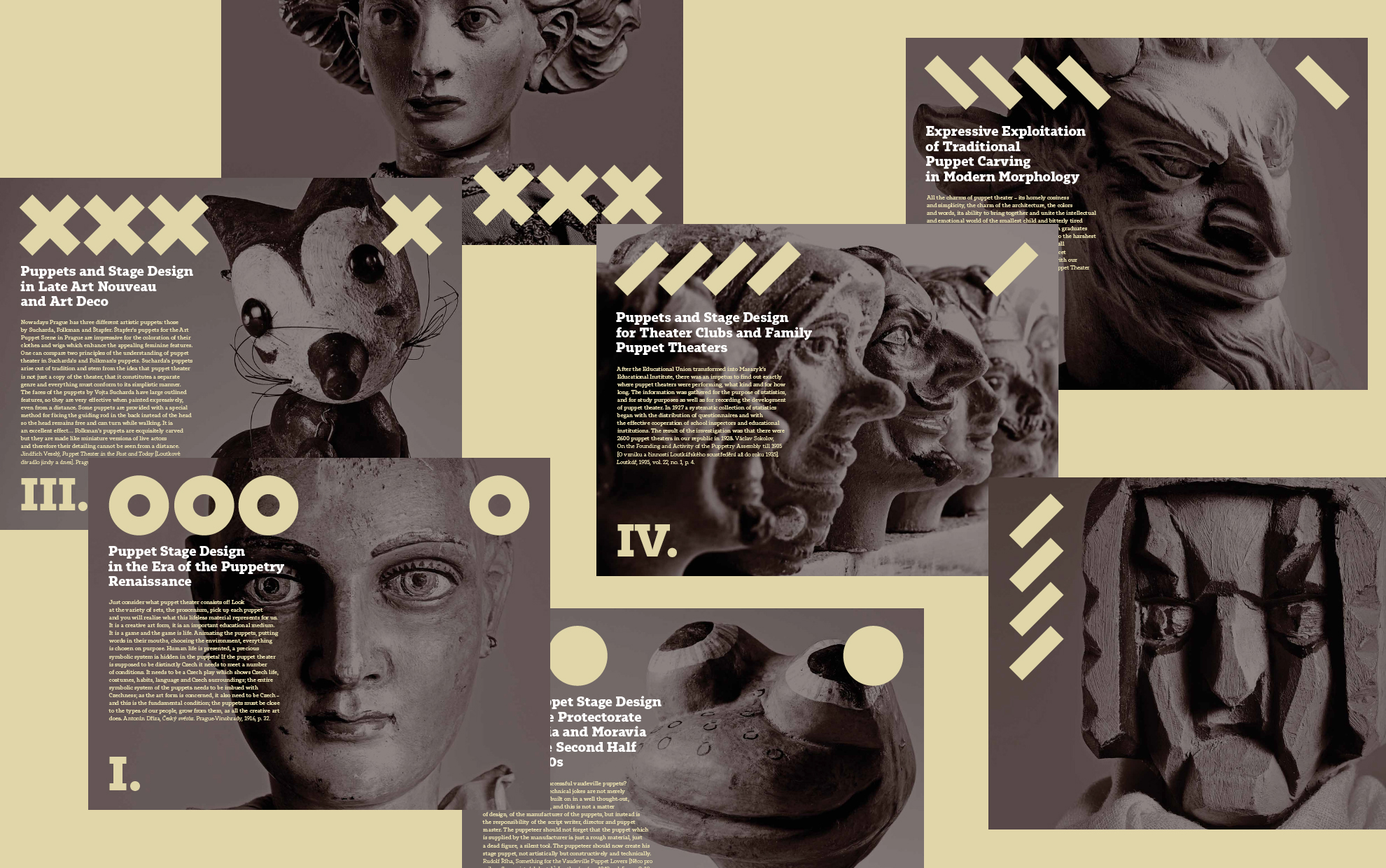 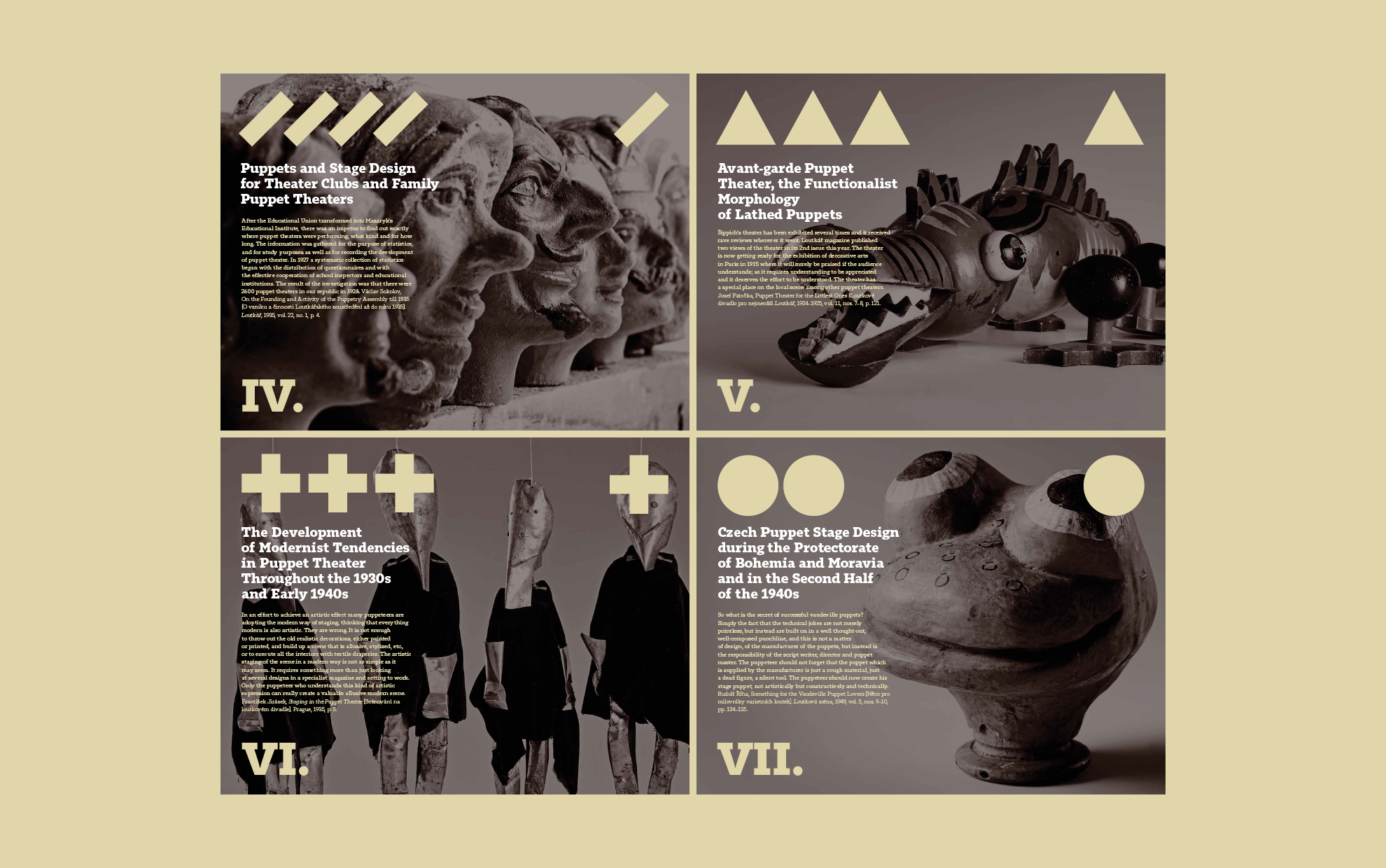 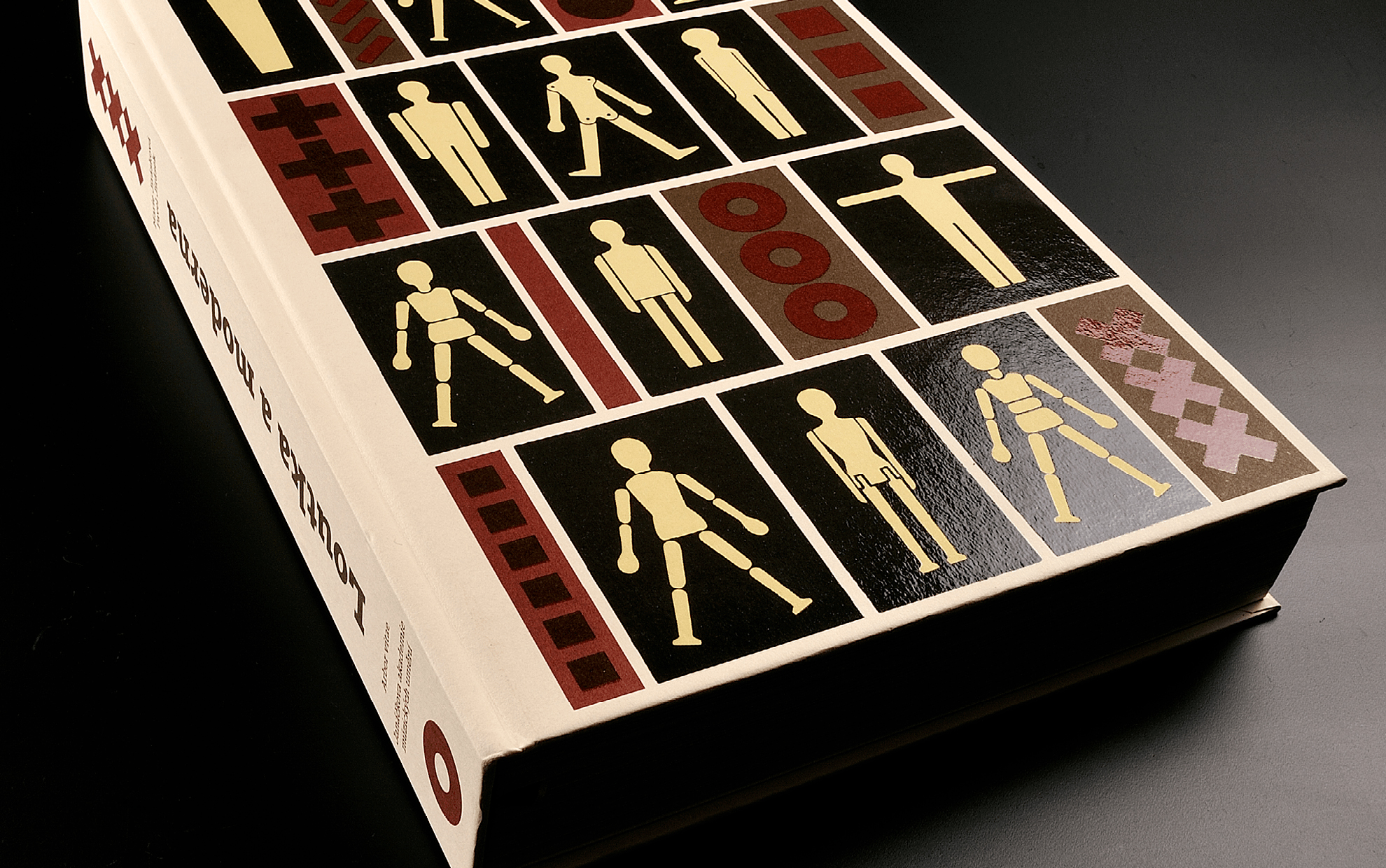 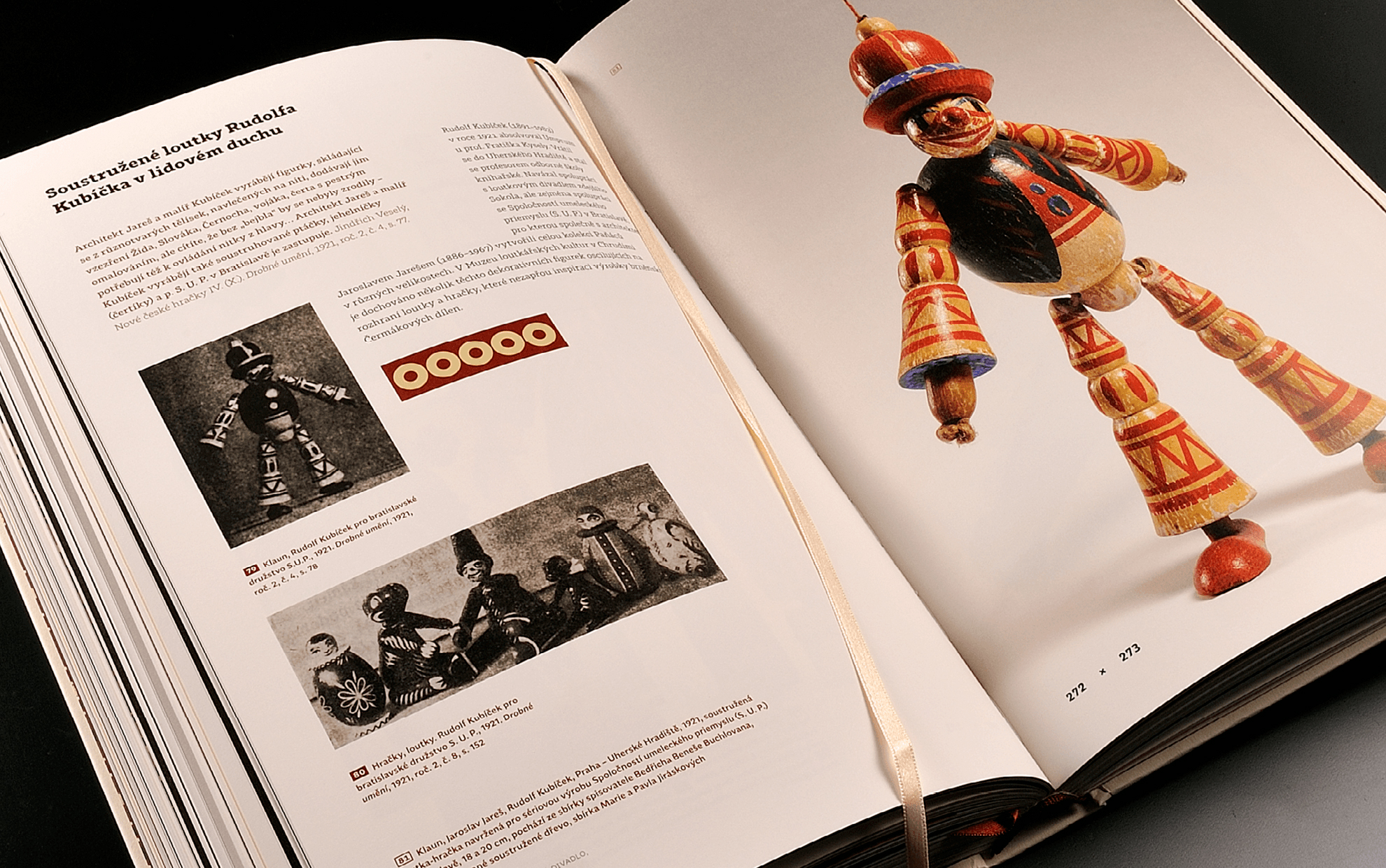 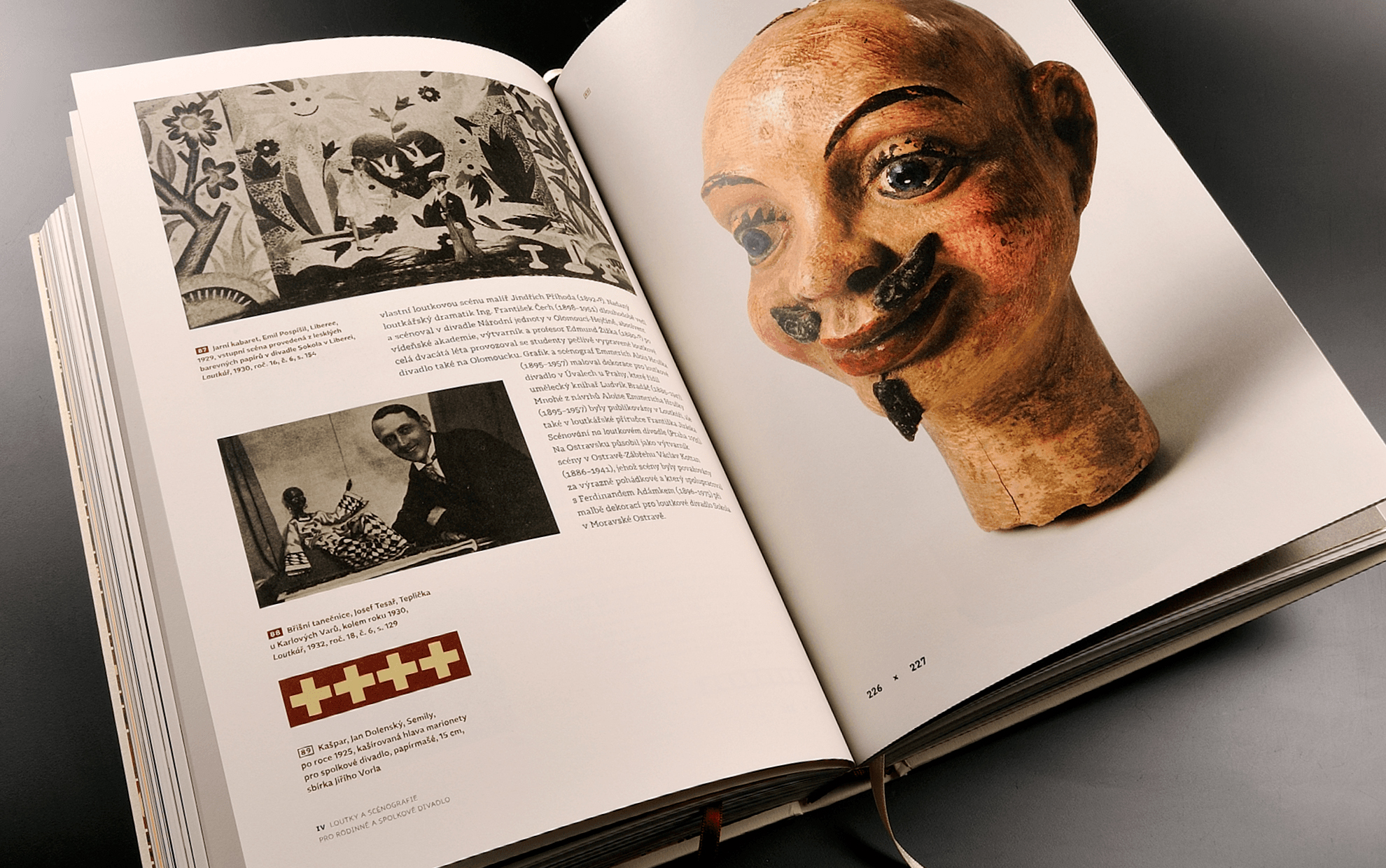 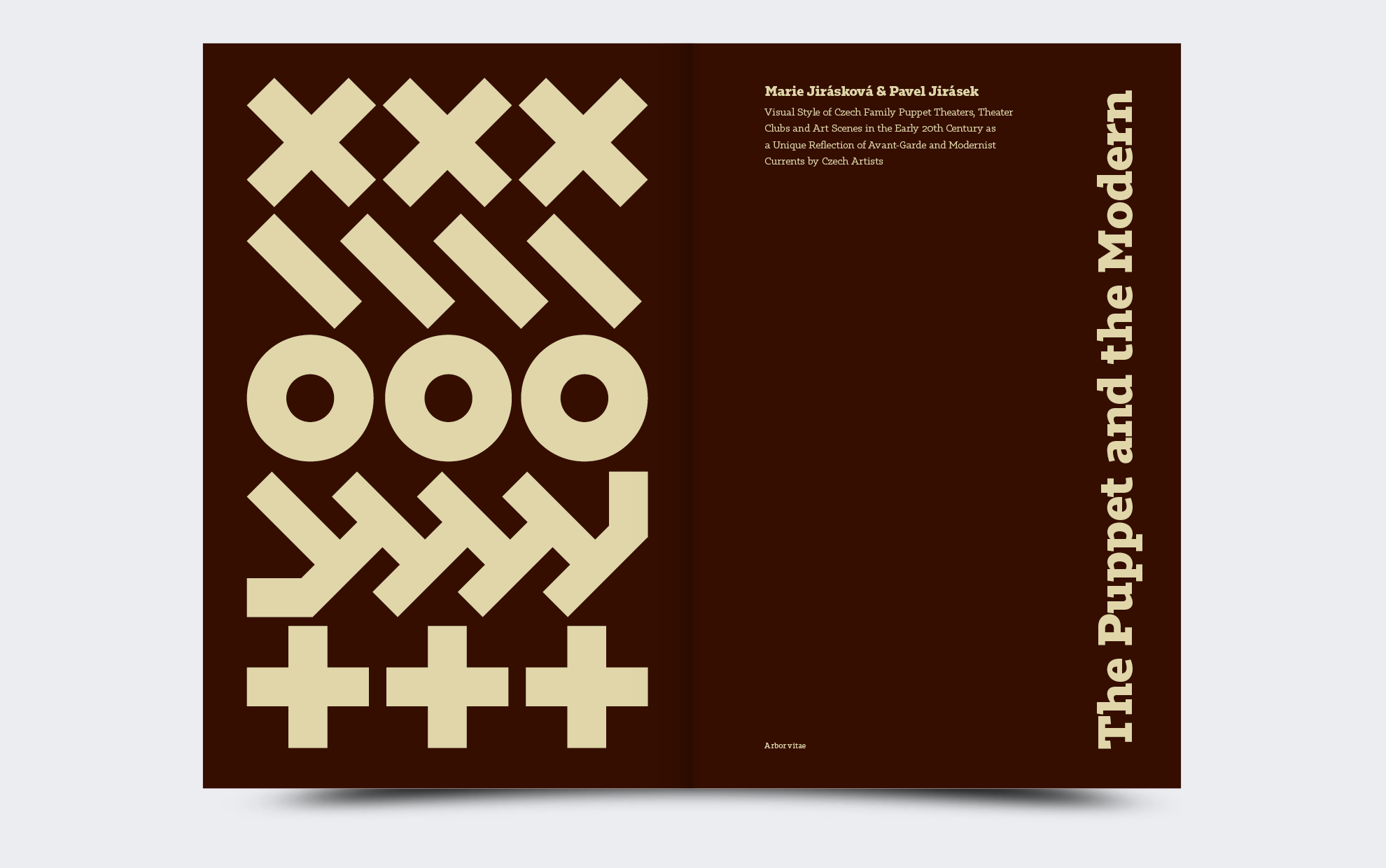 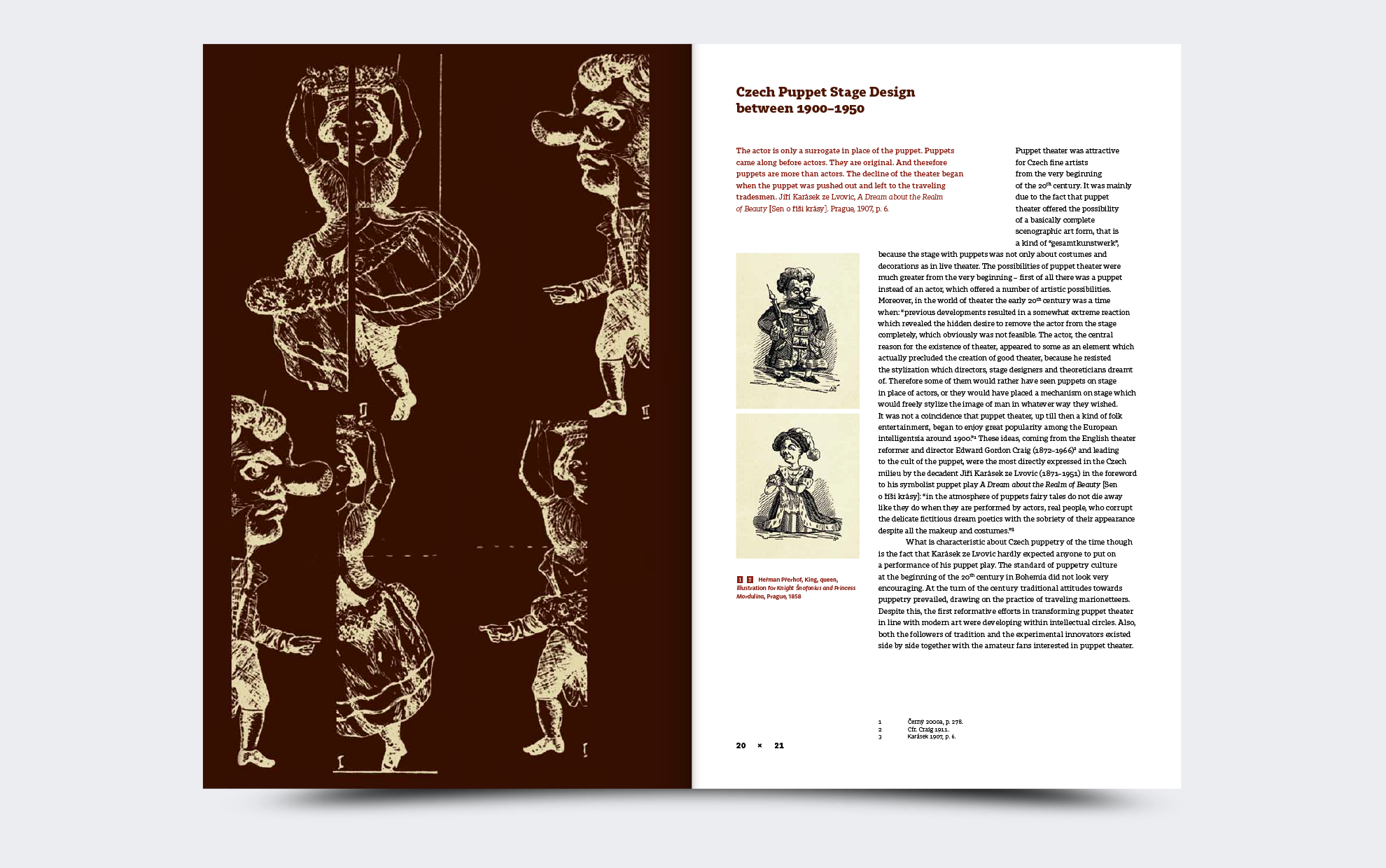 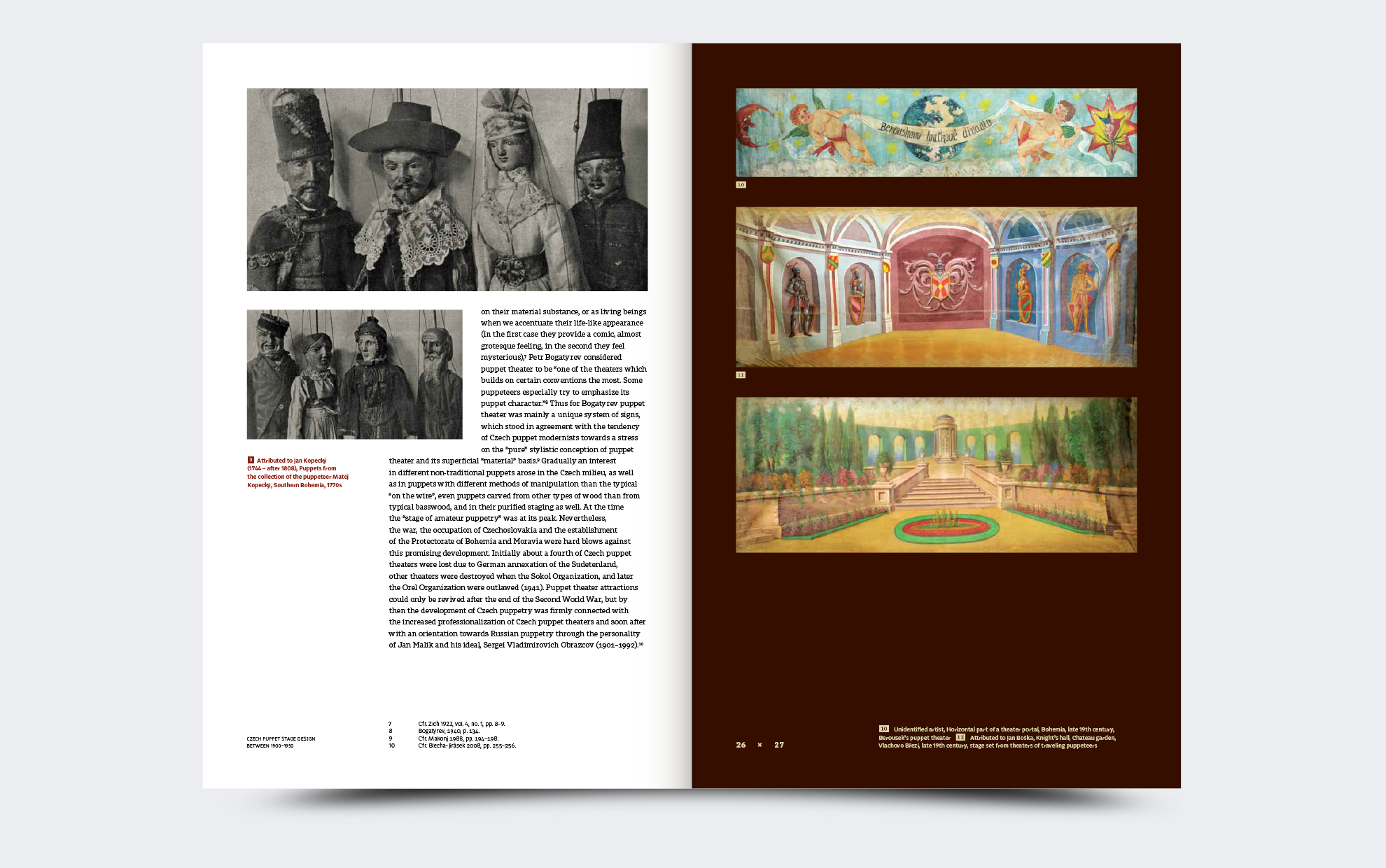 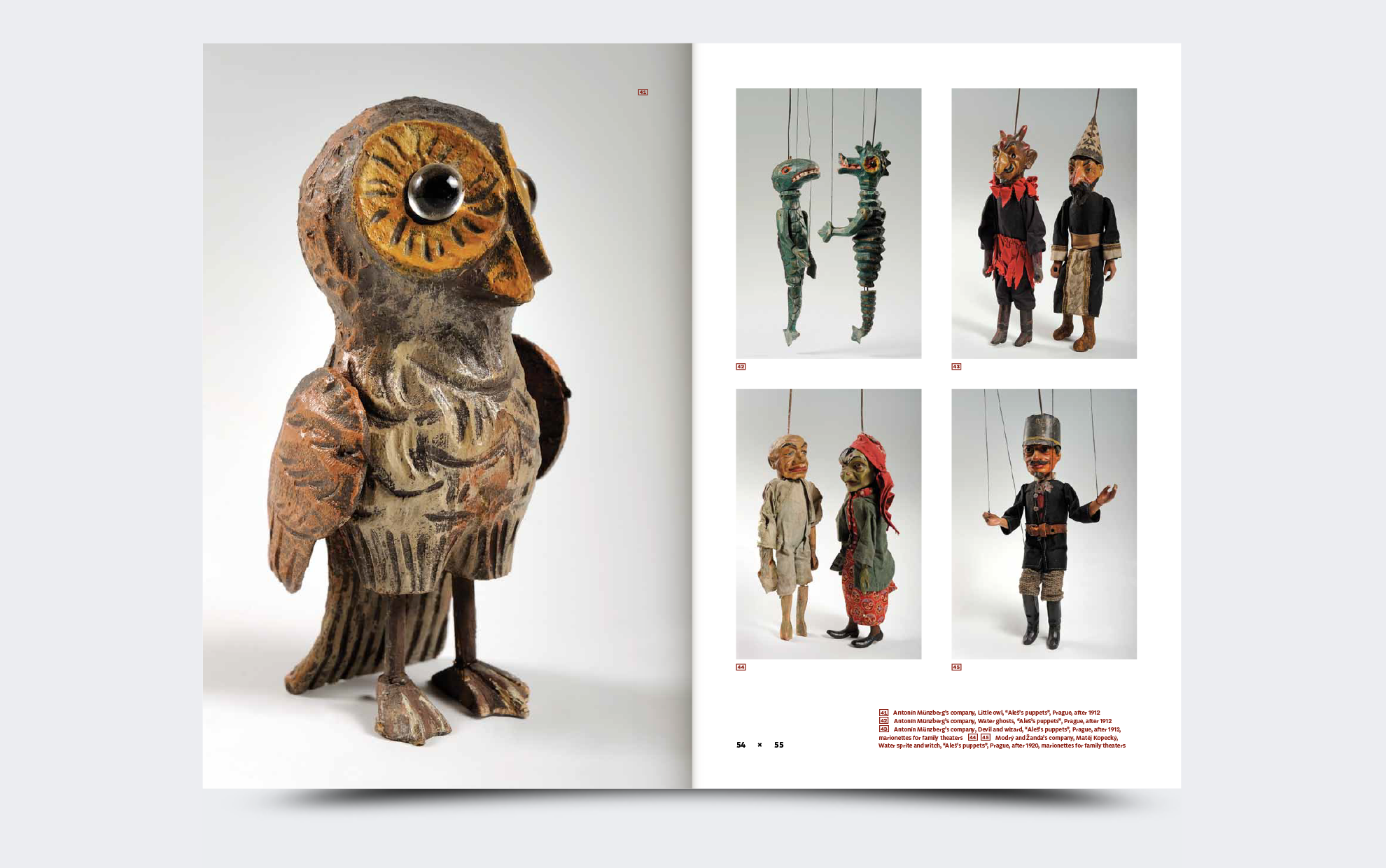 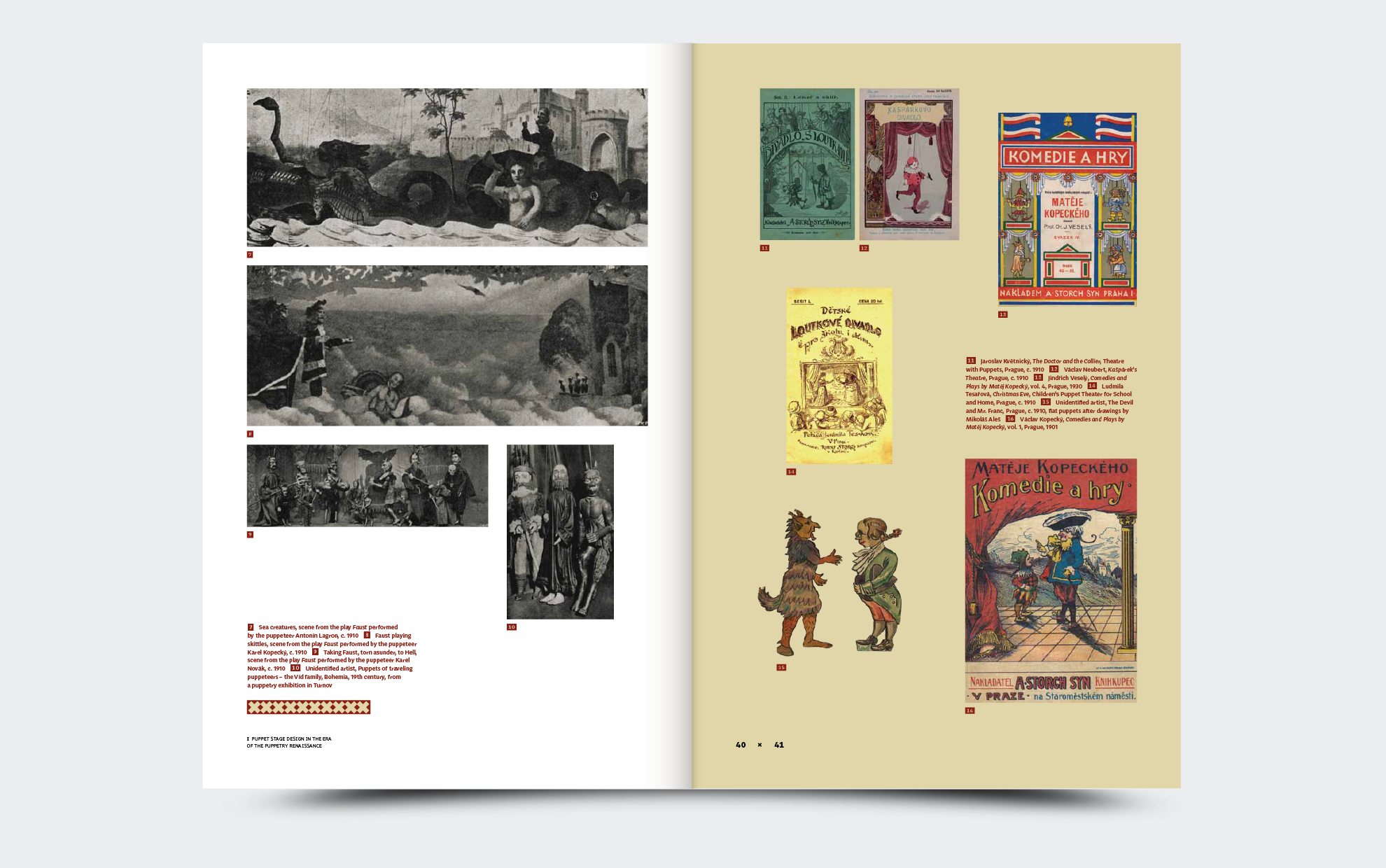 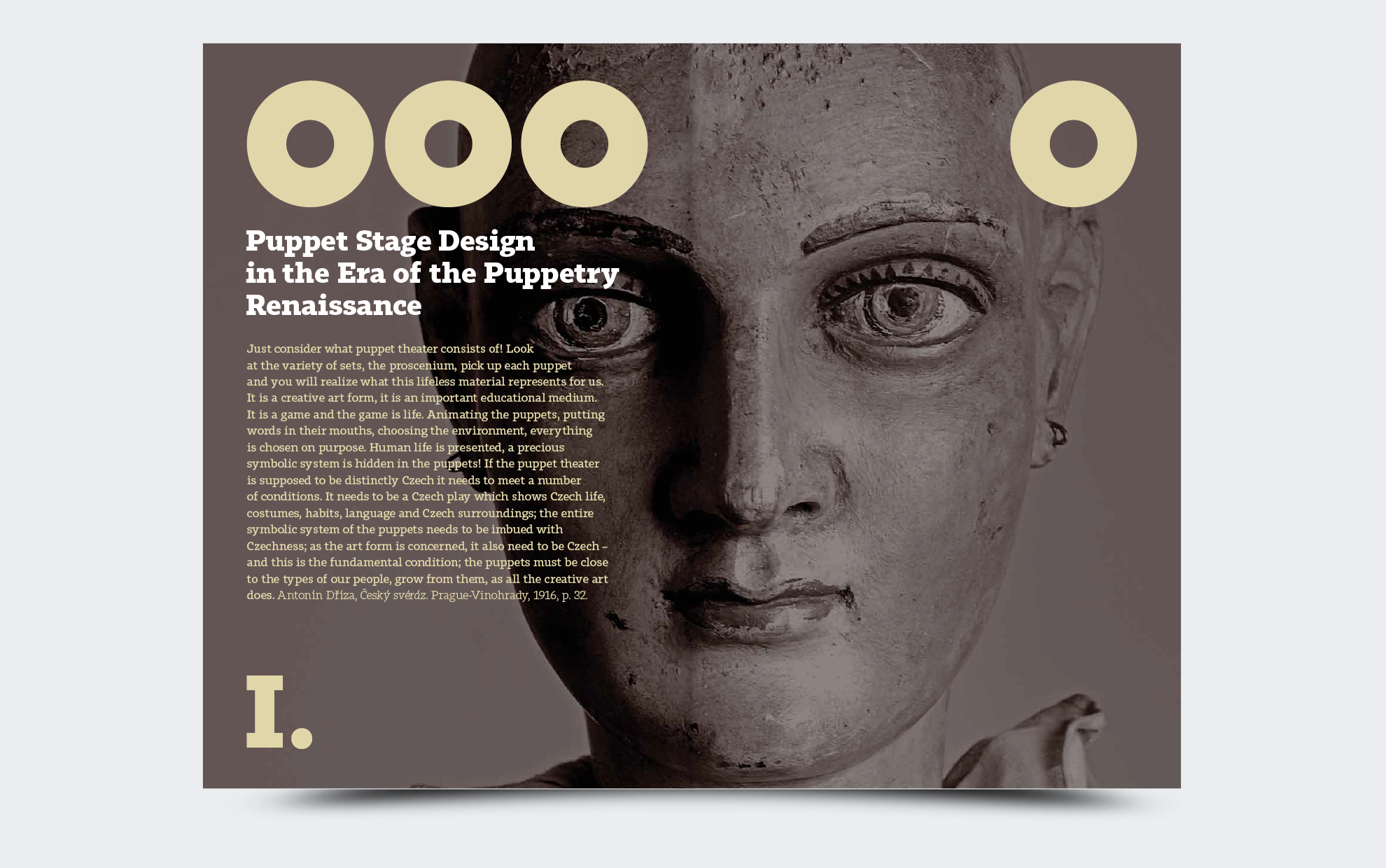 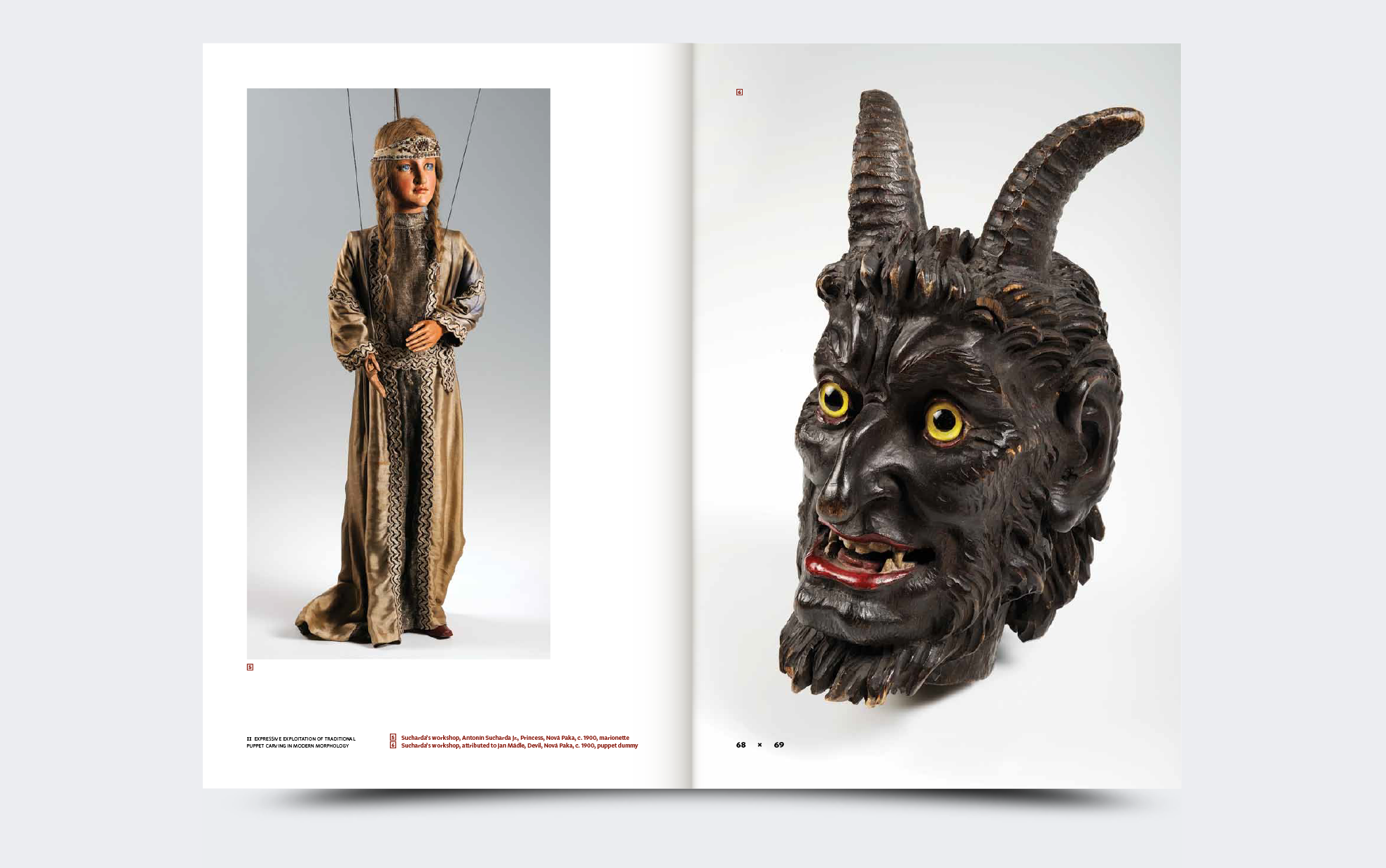 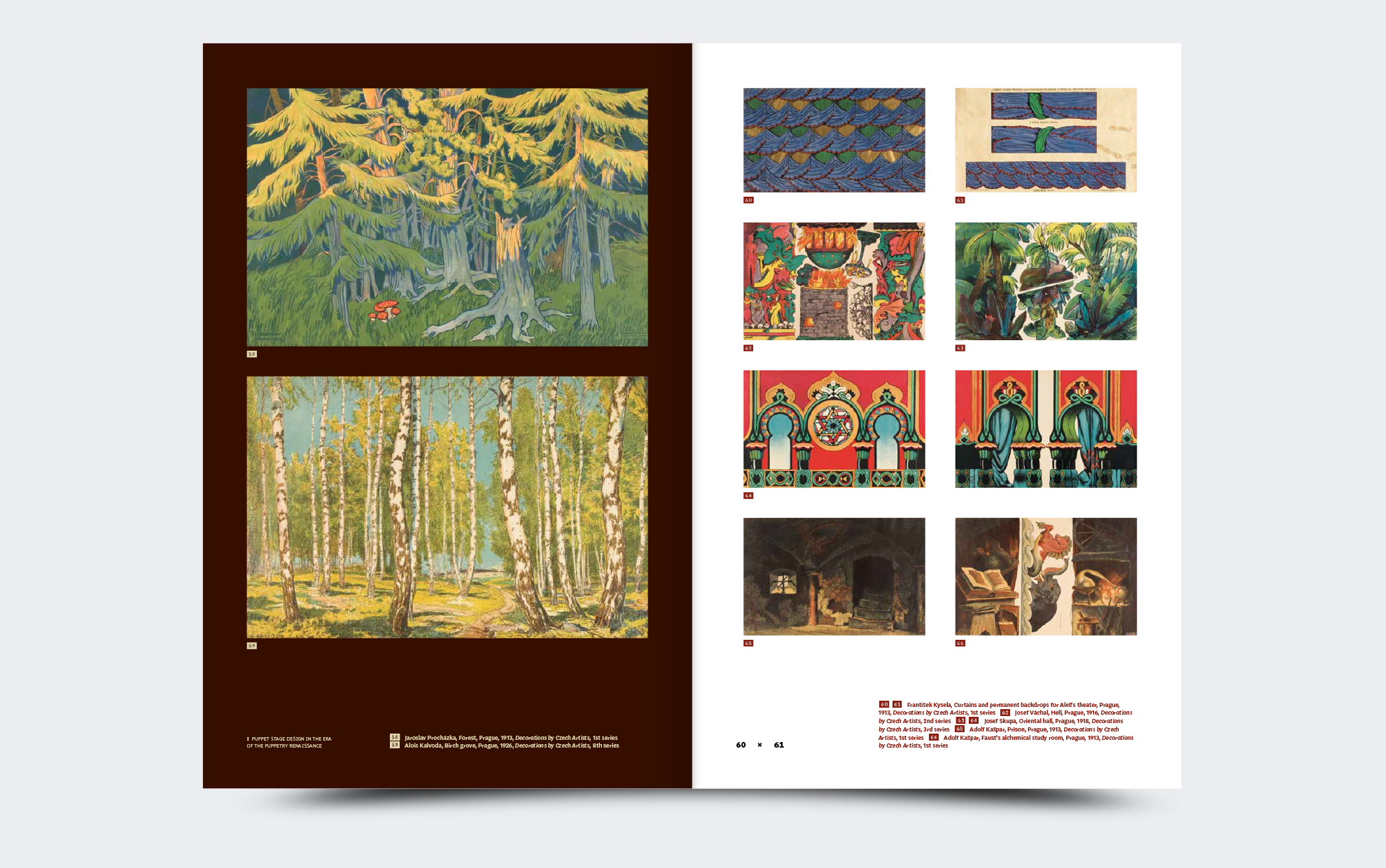 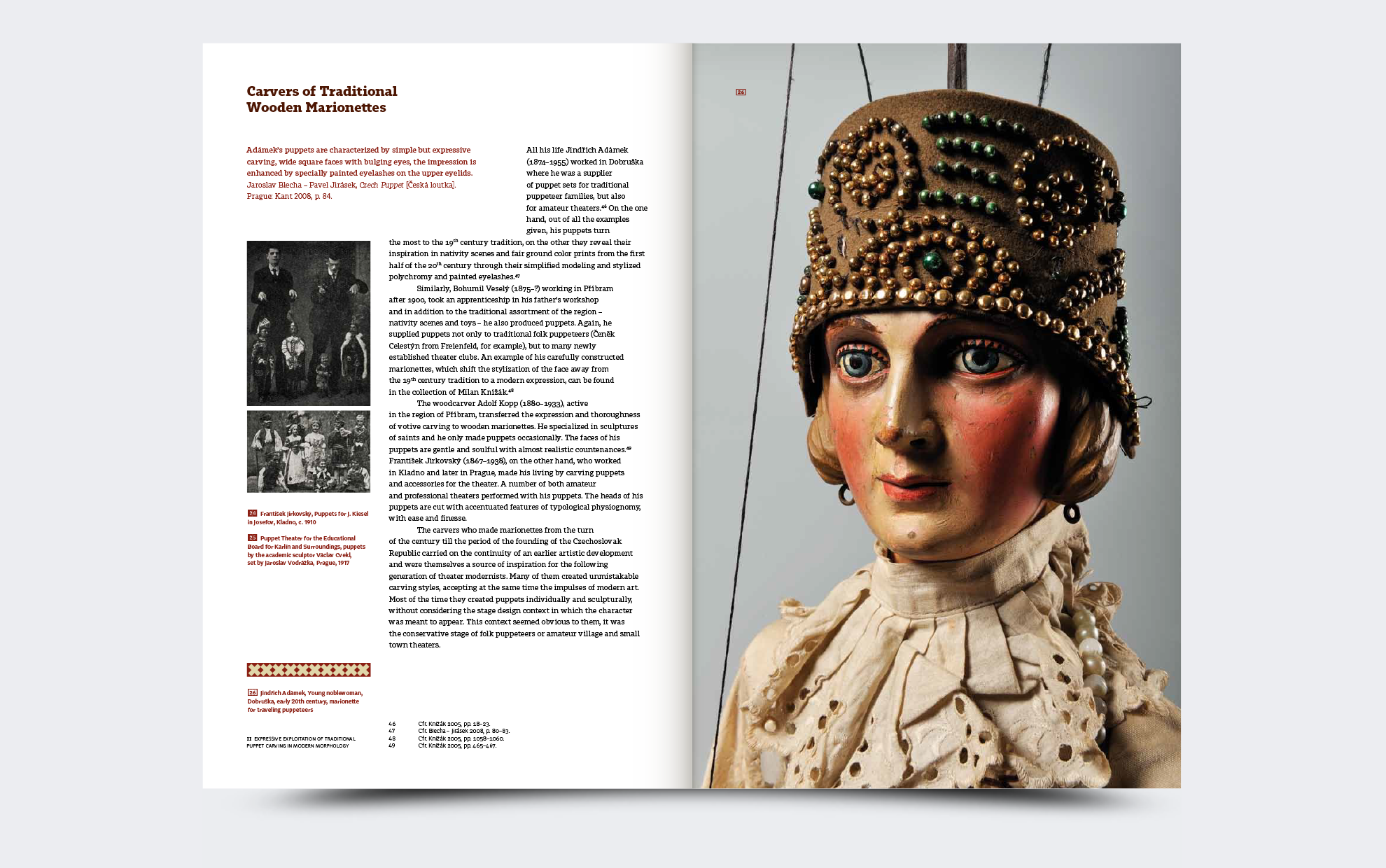 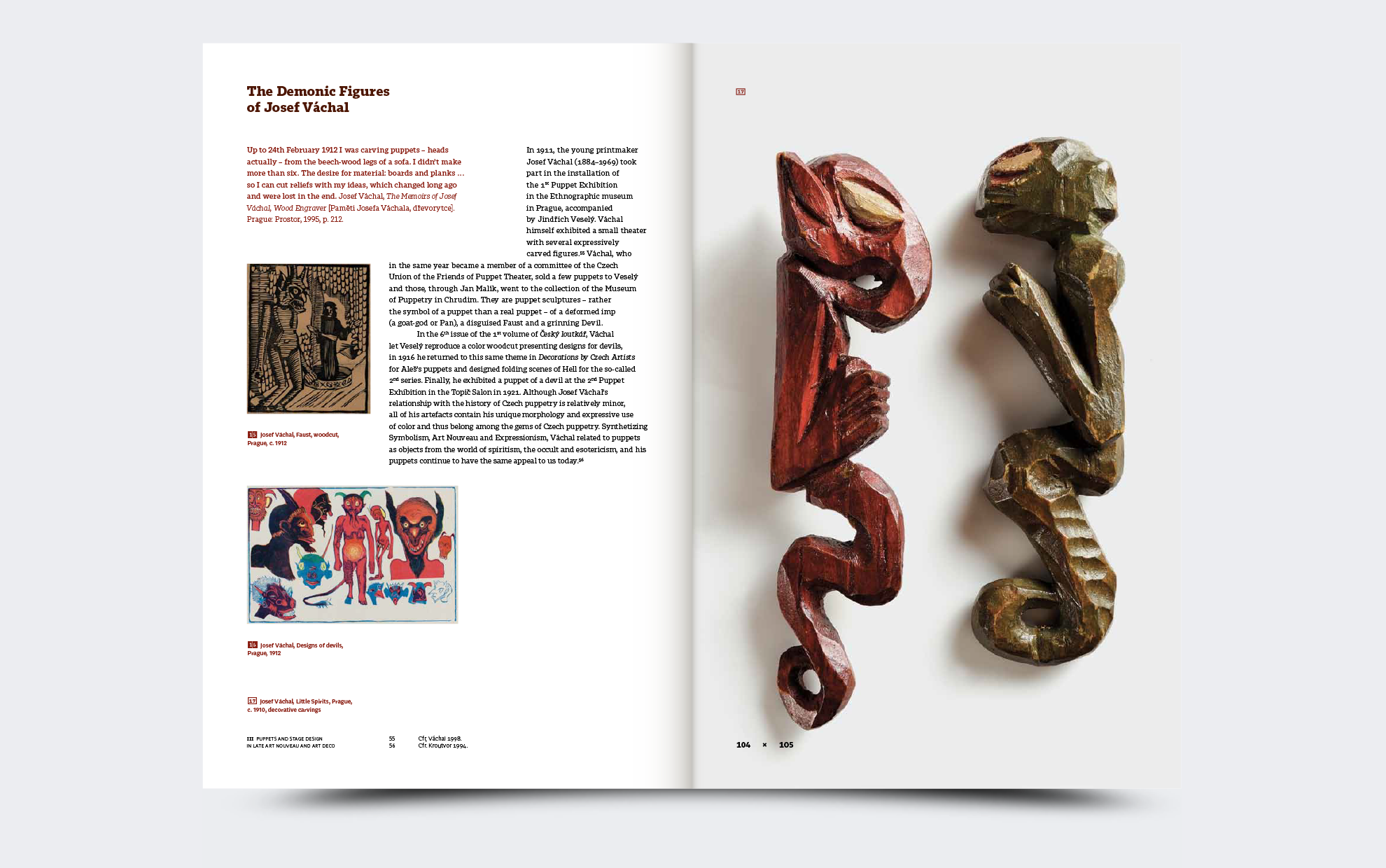 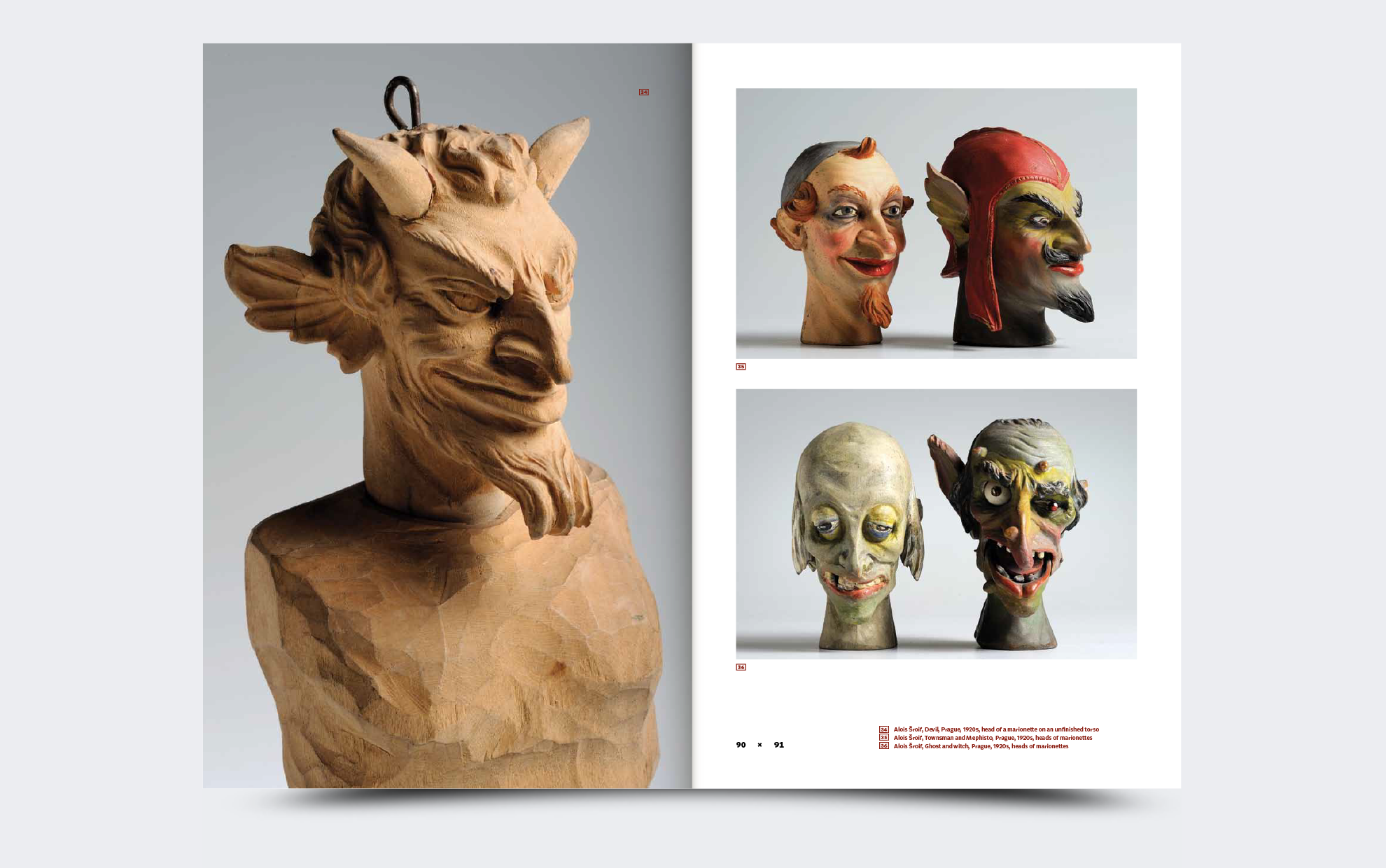 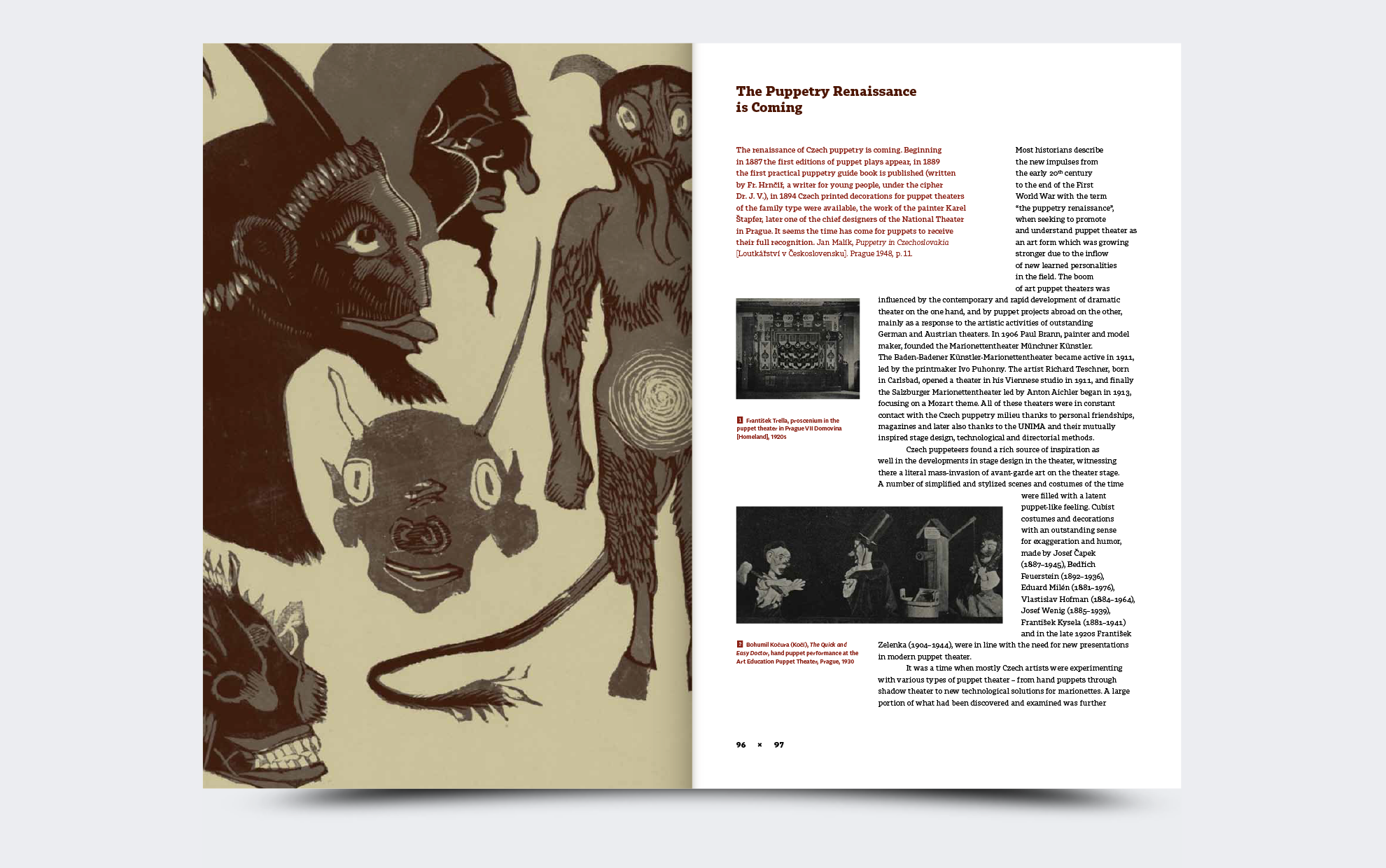 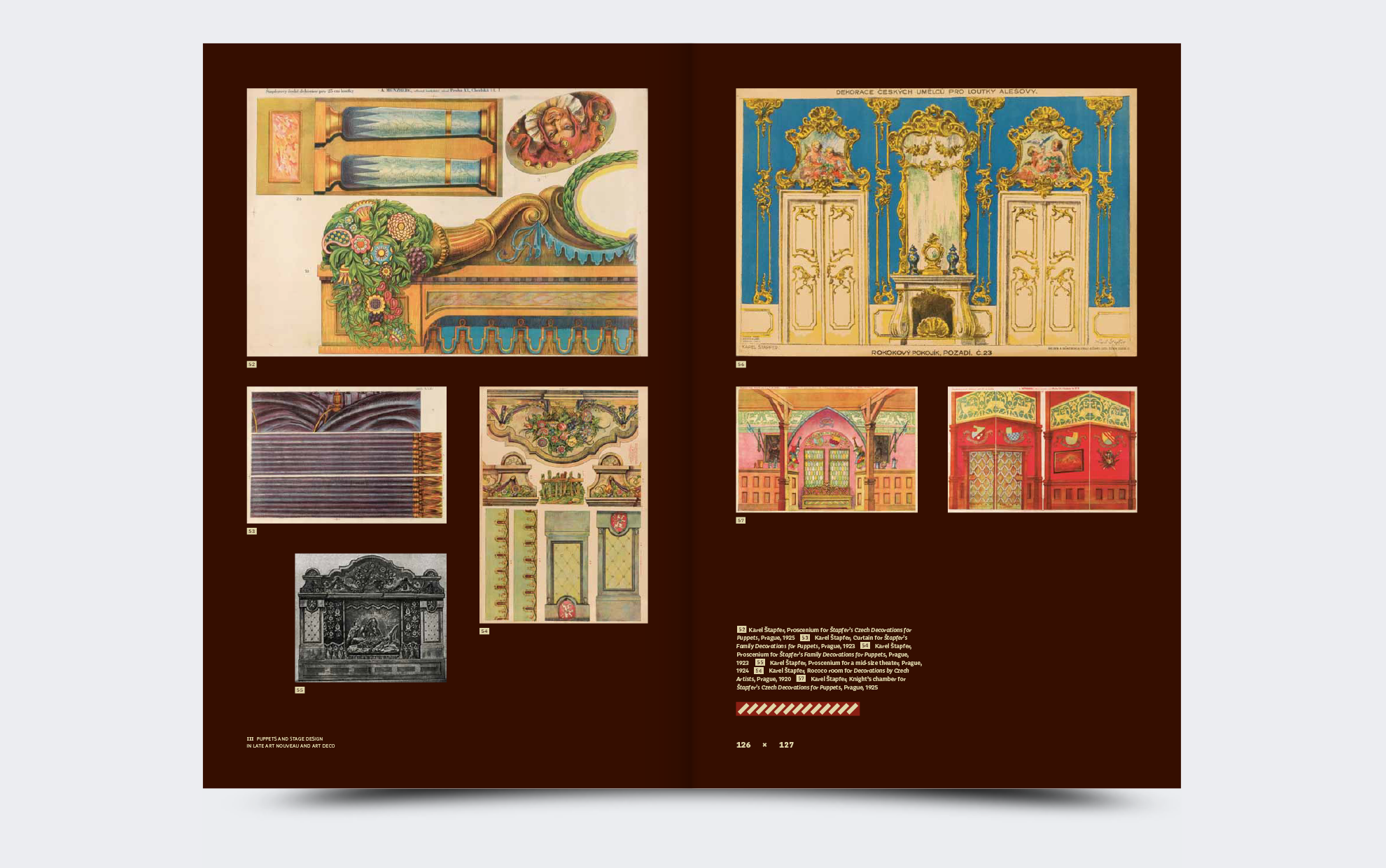 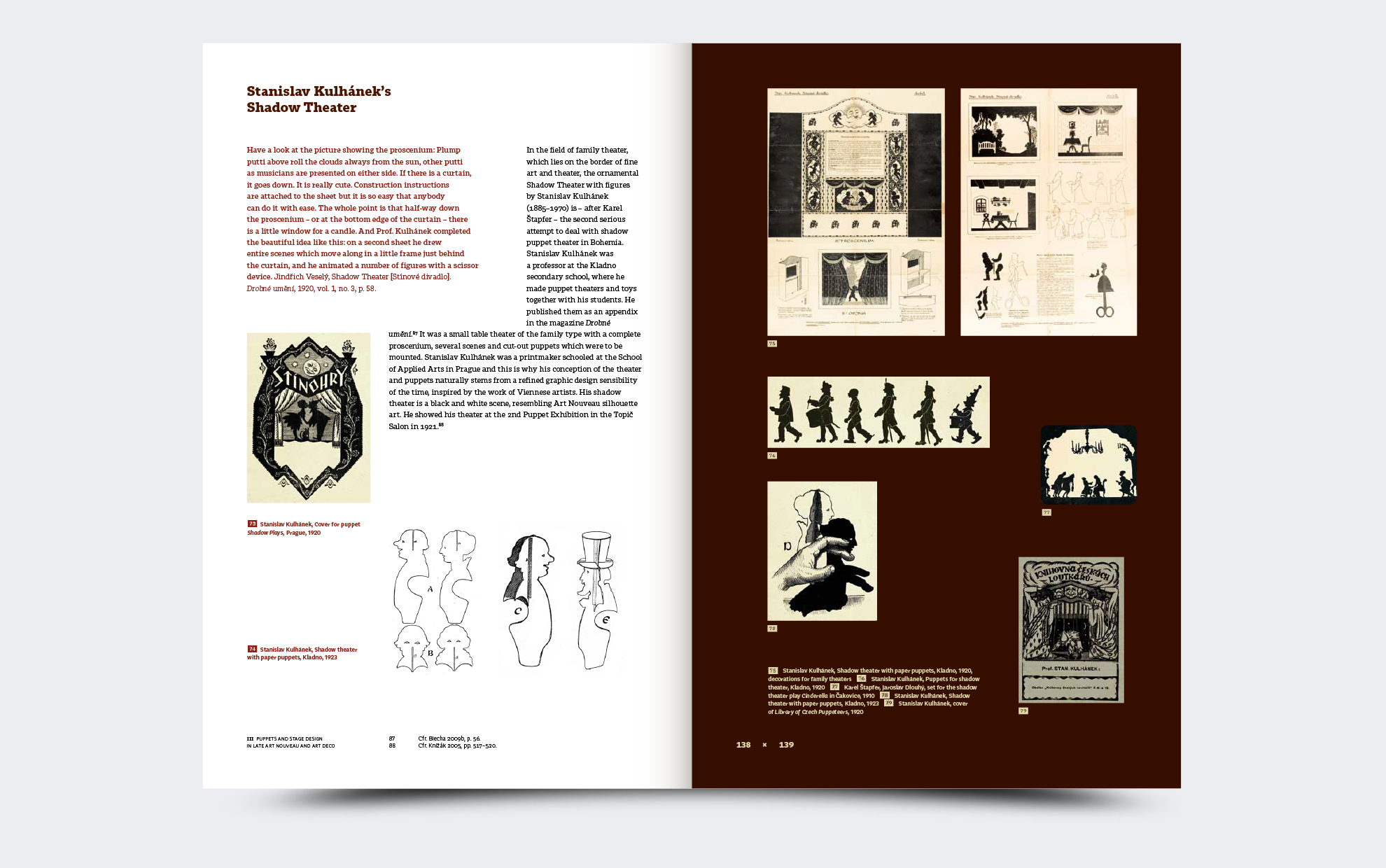 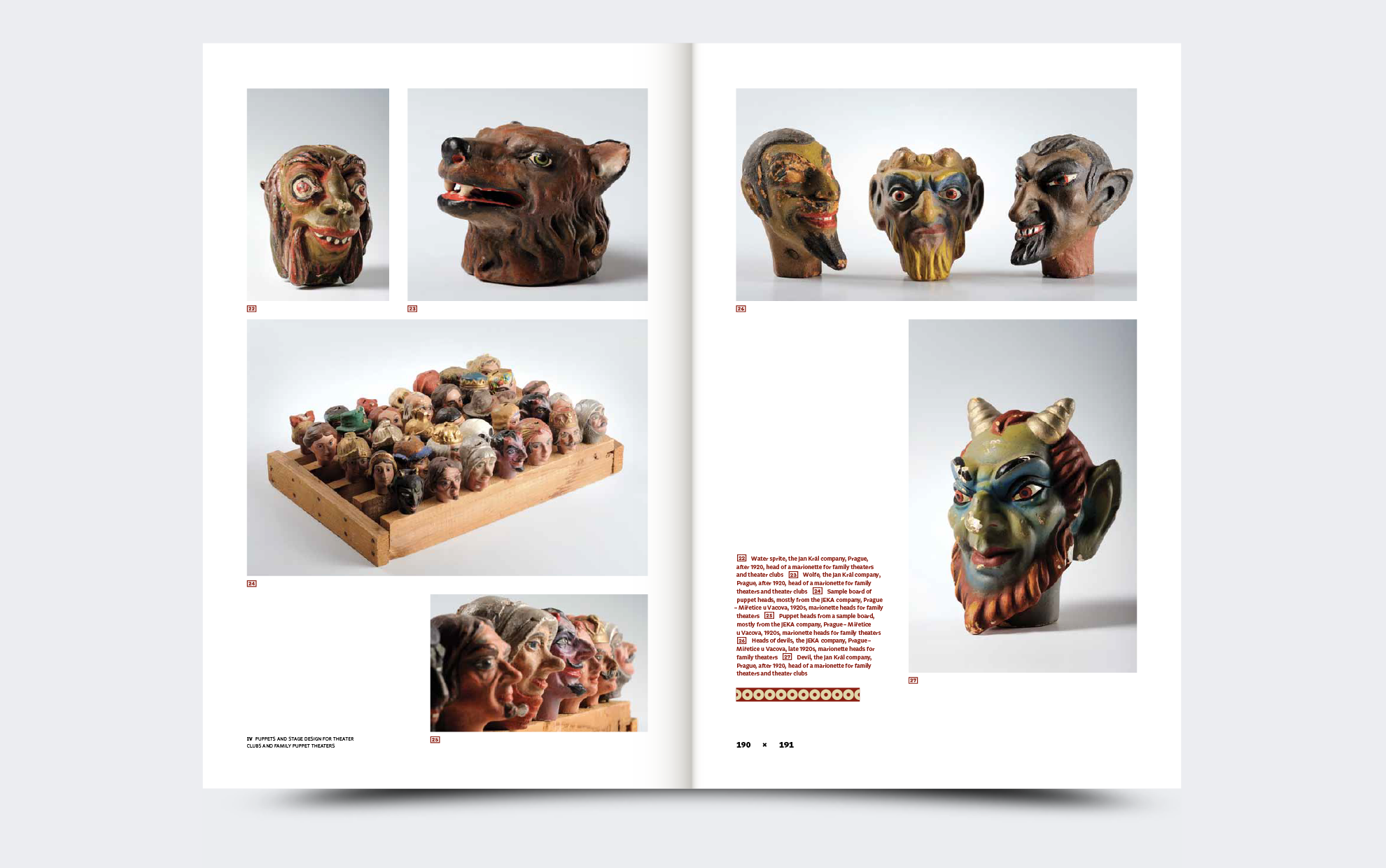 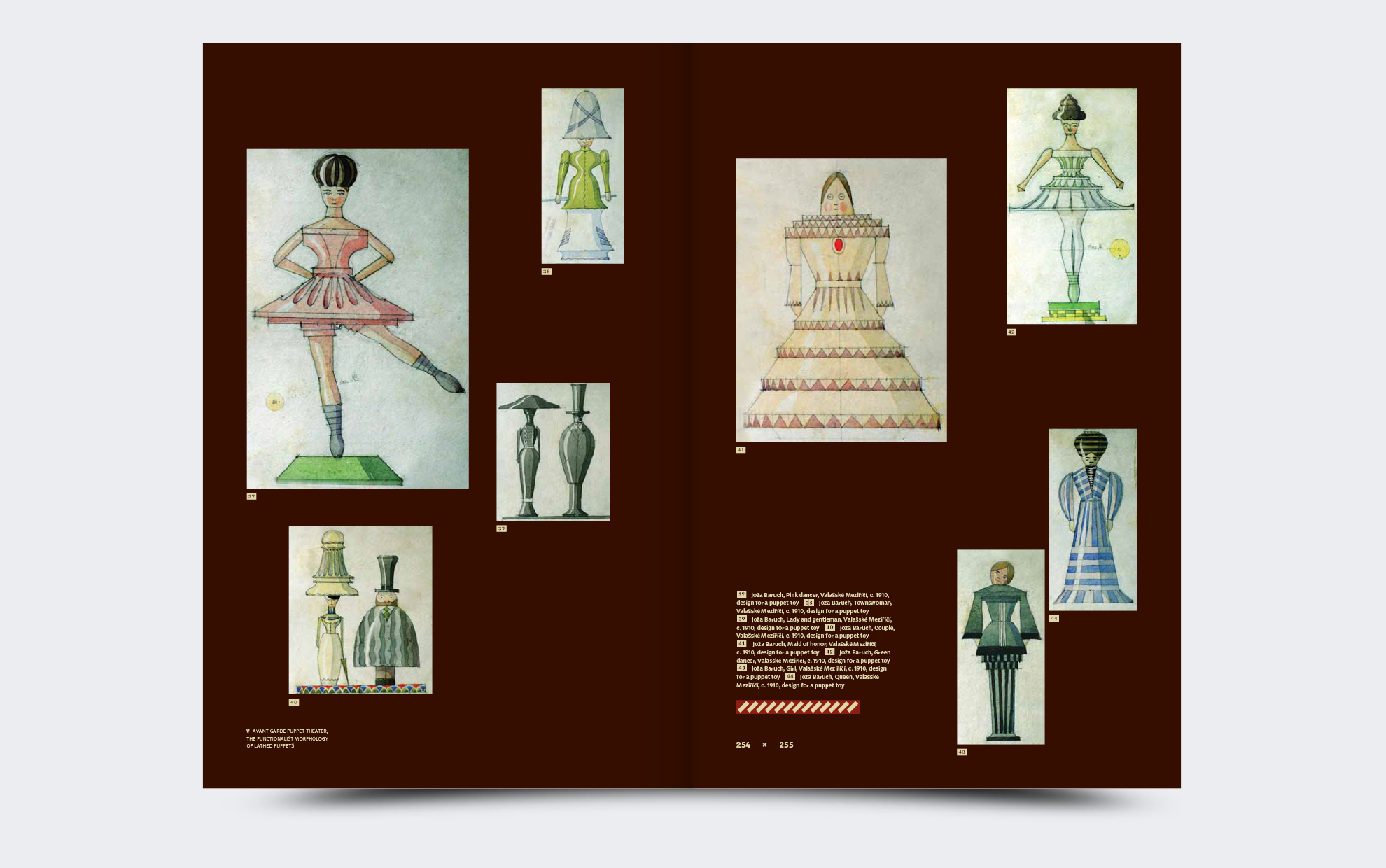 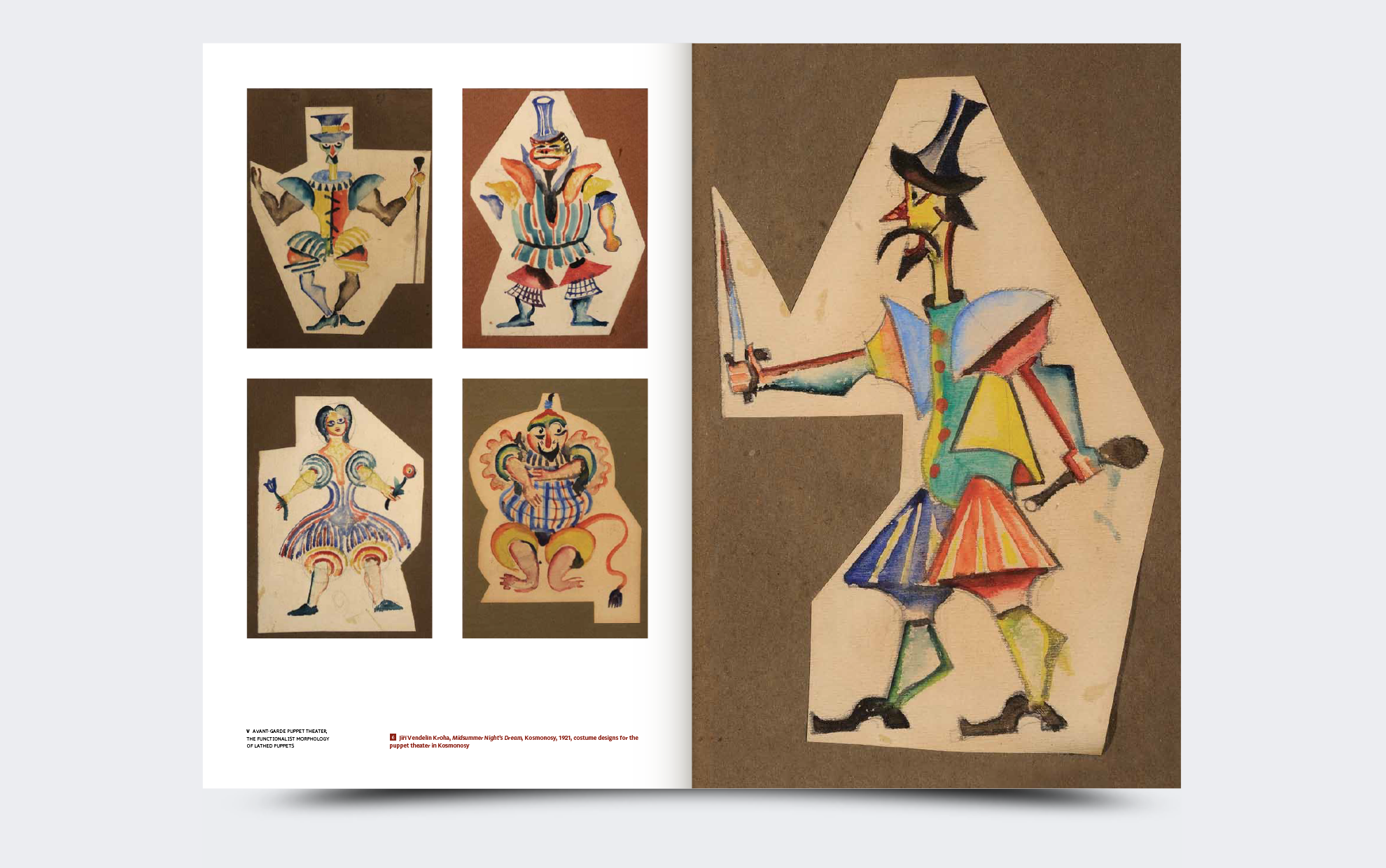 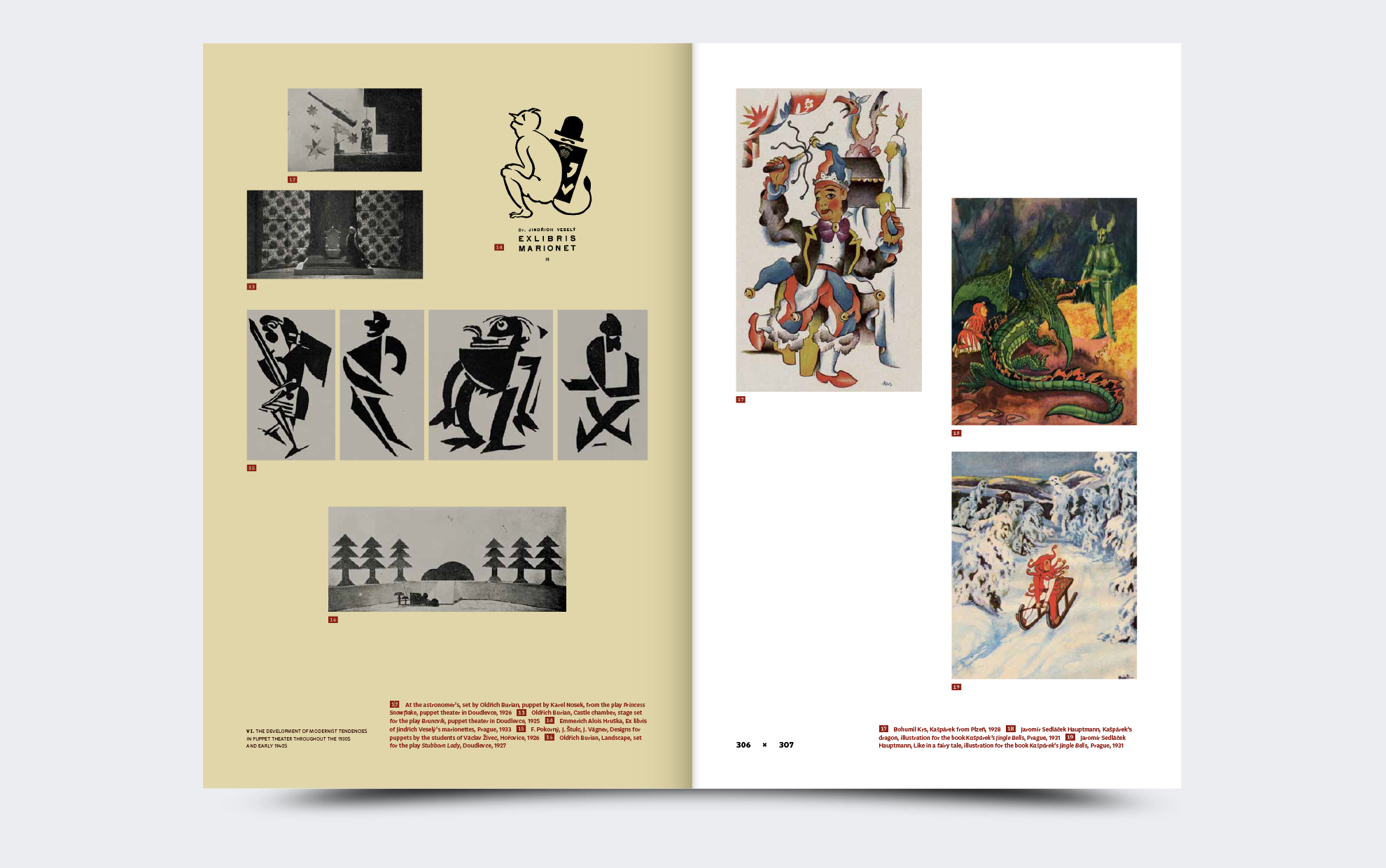 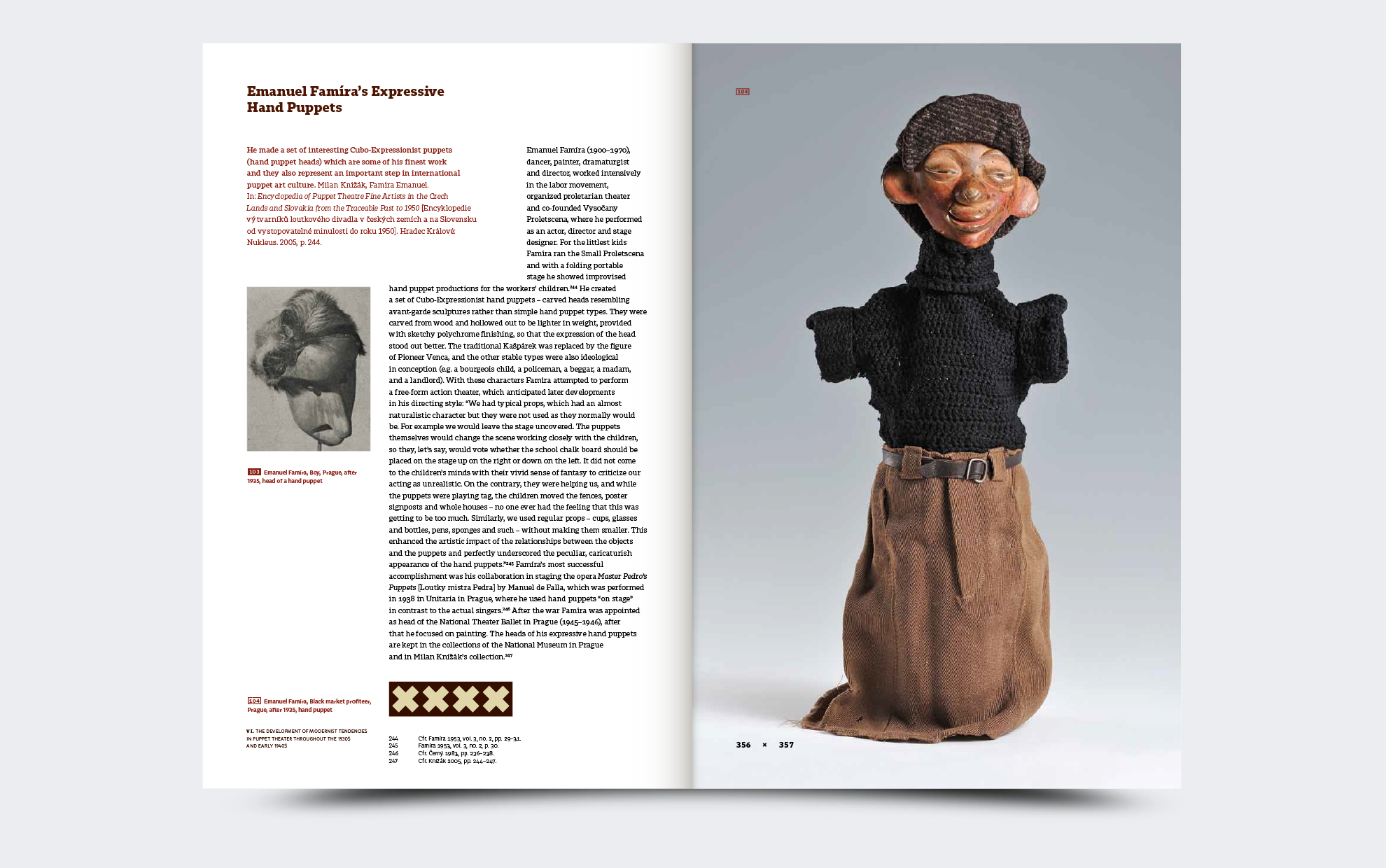 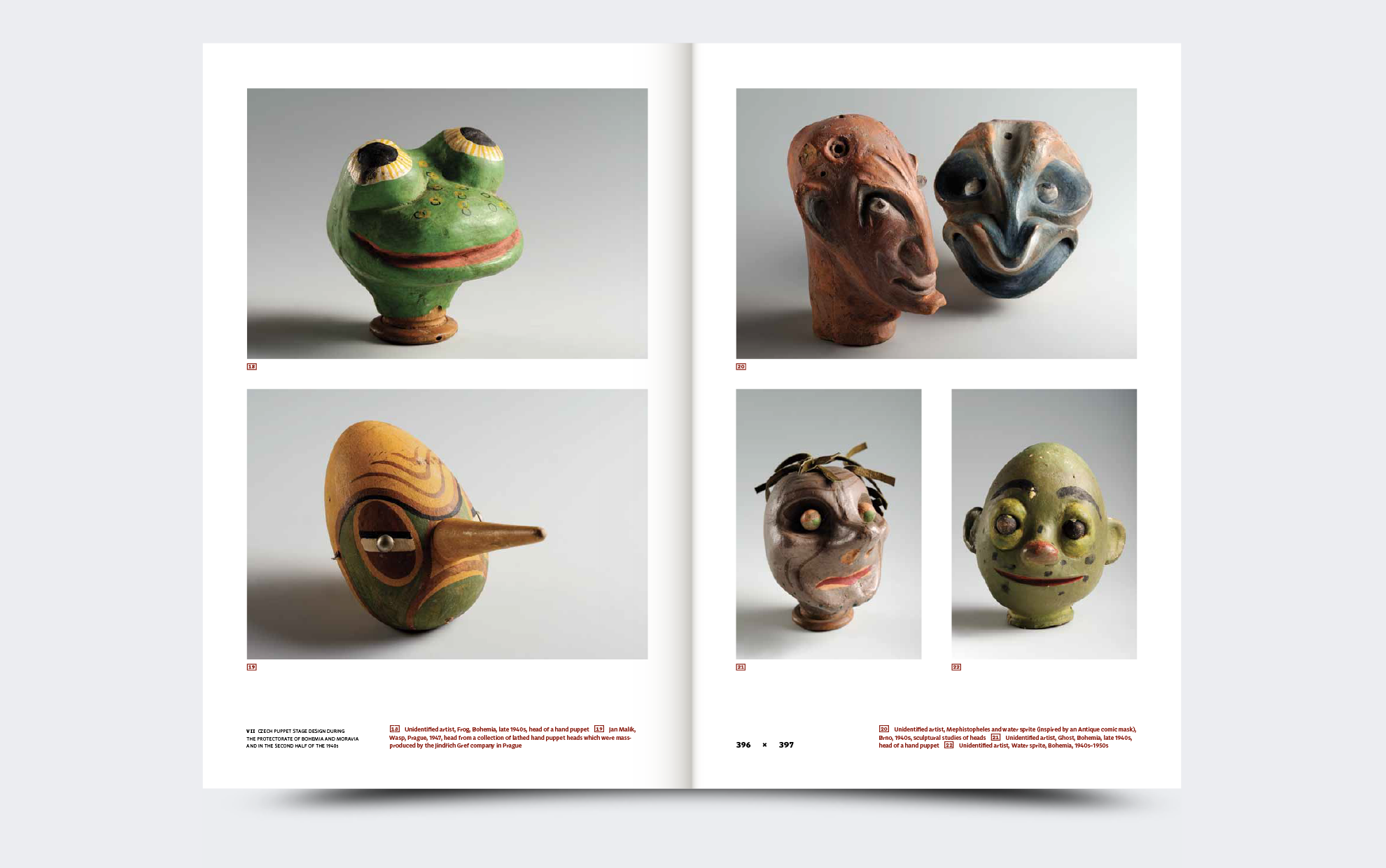 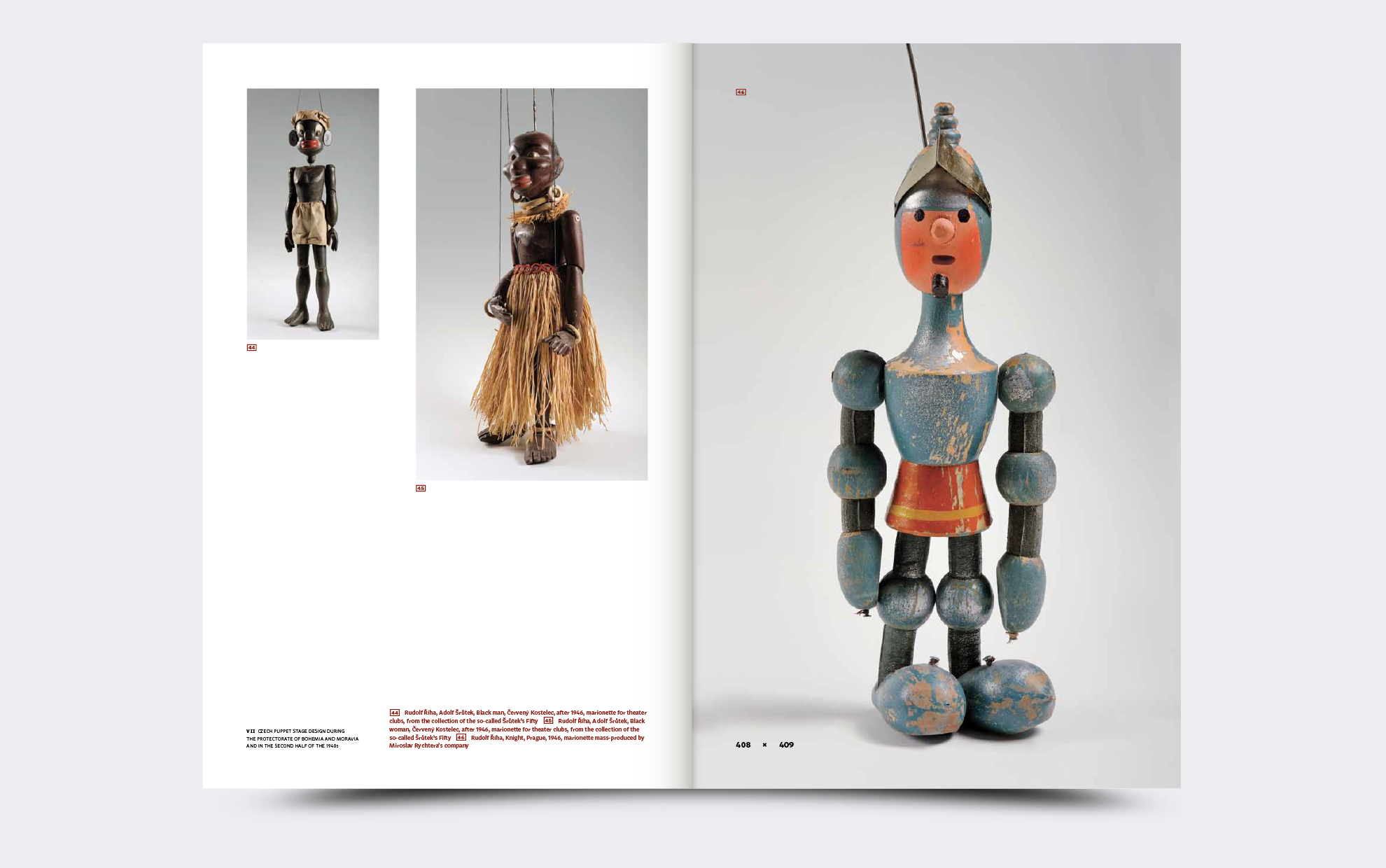 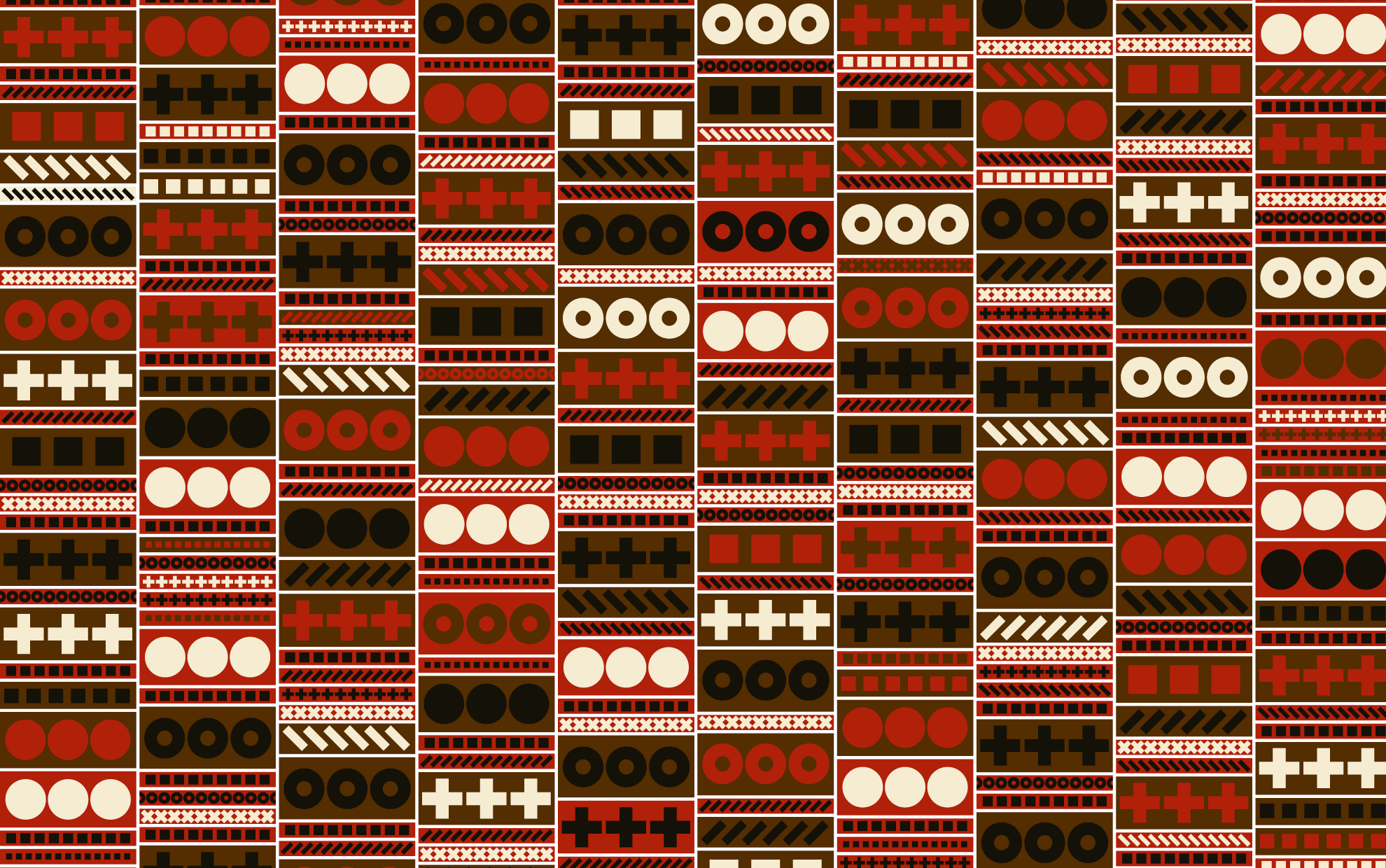 At the end of 2011, the studio completed about two years of work on the book “Loutka a moderna” - “The Puppet and the modern”. The project, which was initially intended to be only a “copy” of the dissertation work of the author Marie Jirásková, resulted in a comprehensive publication of four hundred and fifty pages.

The book is interesting not only for its content but especially for its visual accompaniment, which consists of old period scans and new photos of puppets, which were excellently documented by photographer Oto Palán. They give the book a new dimension, understandable even for today’s visual age. Our task was then to build the stories of the individual chapters, and thanks to such visual material it was easy and fun.

We approached the book as an object. The choice of font corresponded to this - after thorough tests, we chose Tabac Slab. And also the choice of binding style, paper and screen printing for envelope printing. The book was published by Arbor Vitae. The book was in 2012 awarded as the most Beautiful Book in the category of Scientific and Professional Literature.